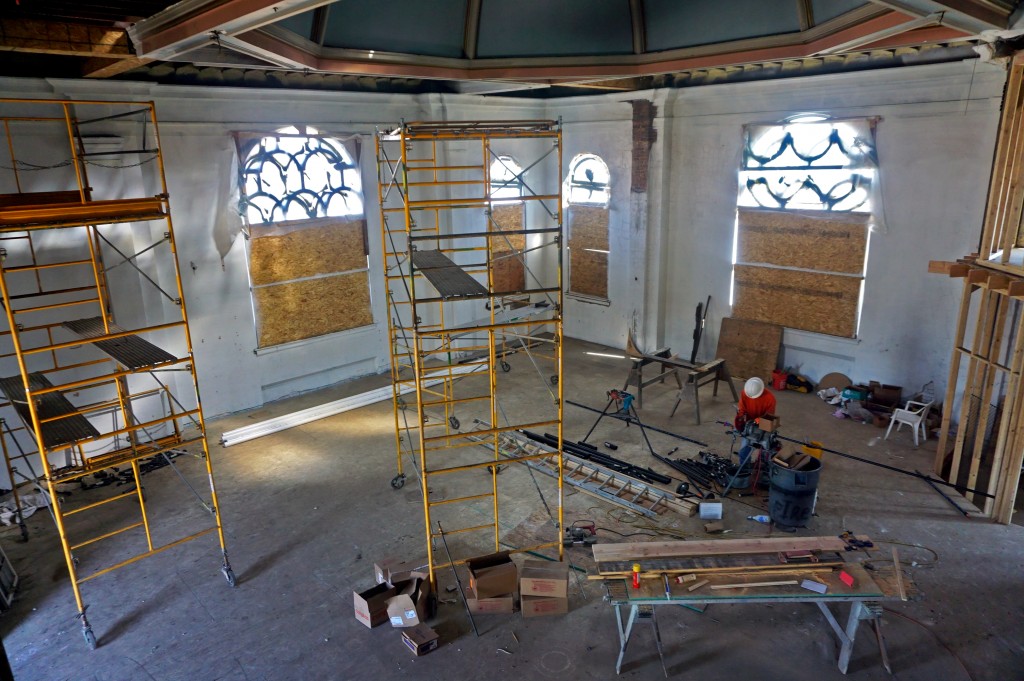 Crews work on the Epworth Church building, which will soon house offices and a restaurant. Photos by Burl Rolett.

Tenants could soon congregate at a historic Curtis Park church.

The Epworth Church at 31st and Lawrence streets is coming into the home stretch of a year-long renovation that will convert the 100-year-old sanctuary into a multi-tenant office building with a 4,700-square-foot restaurant.

“There are a lot of old warehouses over here that are getting converted, but there aren’t that many neat old churches,” said Leuthold, who is marketing the space. “Architecturally speaking, it’s a beautiful building, and that will trump some of the other projects going on in the neighborhood.”

Larry Nelson of development company 620 Corp. bought the Epworth Church in June 2014 for $500,000, according to Denver County records. His 620 Corp. formerly rehabbed the Hardware Block Lofts at 1501 Wazee St. 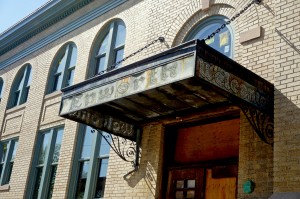 Nelson could not be reached for comment on the project, but nearly $100,000 in building permits have been issued on the Epworth Church’s address since 620 Corp. acquired the property last summer.

Now the company has started marketing about 9,000 square feet of office space at Epworth, which is split between three levels. The space is leasing at $22 per square foot, and Leuthold said he anticipates filling it with as many as four tenants.

The restaurant will take the place of the former Epworth Church sanctuary and is listing for $25 per square foot. At 4,700 square feet, it’s no small project, Leuthold said, and may take an established restaurateur with deep pockets and a mind to jump into Curtis Park.

“The restaurant space has got a lot of interest,” he said. “But it’s going to cost a lot of money to get there, just because the build-out will be pretty expensive.”

As the Curtis Park and River North area continues to see older buildings renovated and leased out as office or retail space, Leuthold said the look and history of the church will make it stand out among other older buildings made new again.

The Epworth Building may find its nearest competition just across the parking lot, where Focus Property Group is working on a new $14 million co-working concept with 15,000 square feet of office space at the former Enterprise Building. That project is scheduled to be complete near the beginning of next year.

Leuthold said the two properties are coming along around the same time as more and more residents and businesses flock to Curtis Park and RiNo.

Landing a 4,700-square-foot restaurant, for example, would have recently been laughable, even if the buildings were in perfect condition.

“A few years ago, you couldn’t have given away these buildings,” Leuthold said.

Crews work on the Epworth Church building, which will soon house offices and a restaurant. Photos by Burl Rolett.

Renovation work is wrapping up at a 100-year-old church, bringing new offices and a large restaurant space to the ever-growing Curtis Park and RiNo area.