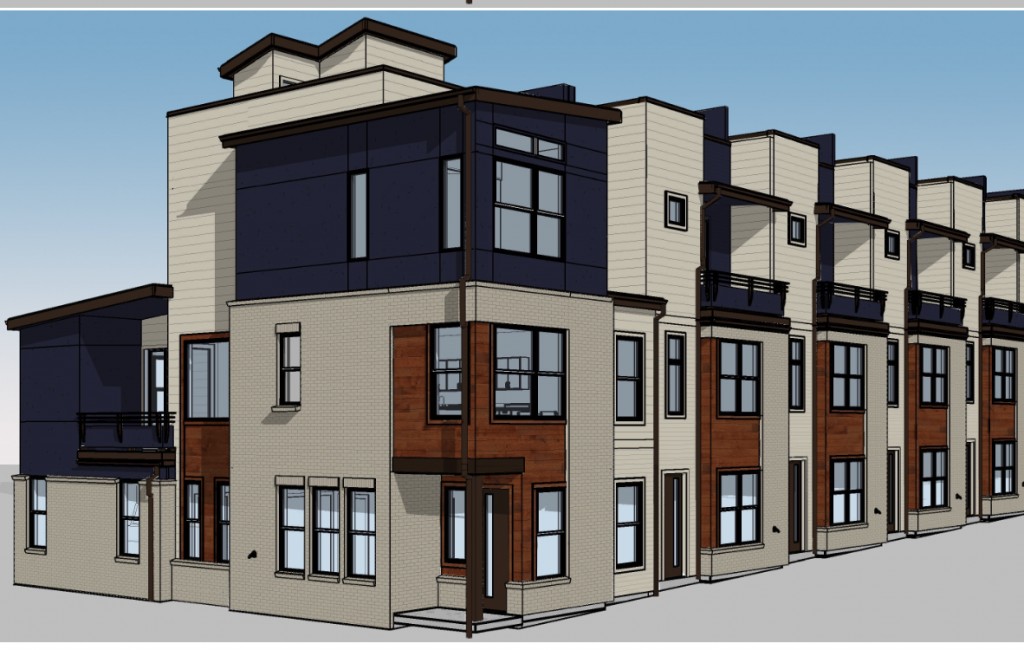 Sloan’s Lake is about to run even deeper in townhomes.

Legacy Capital Partners plans to begin demolition next month to make way for a 24-unit row house development near King Street and 16th Avenue. The project includes one-bedroom homes starting at about 900 square feet, with larger units maxing out at about 2,100 square feet.

It’s a range of sizes and prices that Stephen Strawbridge, Legacy Capital Partners’ vice president of acquisitions, said he hopes will appeal to an equally wide range of potential buyers.

“There are going to be enough of these in the $300s and $400s that I imagine we’ll get a lot of first-time buyers and young professionals,” Strawbridge said. “Then we’ll probably have some dual-income families with no kids and some empty nesters in the larger units.”

Legacy Capital Partners is calling the project Sloans Row, and the firm has been planning the townhome development for more than a year. Legacy Capital bought the L-shaped, 1-acre plot it in March for $2.3 million, Denver property records show. 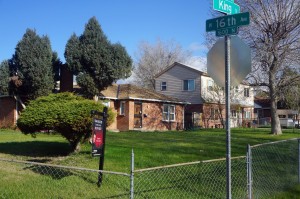 A couple of single-family homes will be demolished to make way for the development. Photo by Burl Rolett.

Strawbridge plans to start demolition at the site in the next few weeks and begin preselling units in May of this year. If all goes according to plan, Strawbridge hopes to move in the first residents in June 2016.

Strawbridge declined to say how much Sloans Row would cost to build.

Sloans Row’s 24 townhomes will be split between four different buildings. The largest will house 11 units stretching north-to-south and backing up to an alley that runs between 16th and 17th avenues. Plans also call for a smaller nine-unit building and a pair of duplexes.

Sloan’s Lake has seen a boom of residential construction recently. Treehouse Development is finishing its 22-unit Framework at Sloan’s Lake two blocks up at 18th Avenue and King Street.  Alpert Cos. is planning 10 townhomes at 16th Avenue and Wolff Street and a 12-story condo project is in the works at 17th Avenue and Stuart Street.

Mike Ayre, an agent with Eco Luxe Real Estate, is handling marketing for Sloans Row. He said the project’s proximity to the lake and the forthcoming redevelopment at the St. Anthony’s Hospital will be a selling point for the townhomes.

He added that, while per-square-foot rates will be on par with other nearby townhouses, Sloans Row’s range of unit types will give customers more options.

“Most developments have end units and interior units, whereas we have eight different floorplans,” he said. “We’re going to have a lot of units that are going to be, dollar-wise, less expensive – they’re very well thought-out floor plans, and we feel like there’s no space wasted.”

Godden Sudik Architects designed Sloans Row, and Symmetry Builders will be the general contractor. Strawbridge said Legacy has yet to decide between three banks for financing.

Sloans Row will be the first development for Legacy Capital Partners in the west Denver neighborhood. The company is also planning a 15-townhome project called Terrace South at Harrison Street and Cedar Avenue in Cherry Creek.

Demolition is set to start in May on the future site of two dozen new townhouses in Sloan's Lake, a neighborhood already busy with residential development.