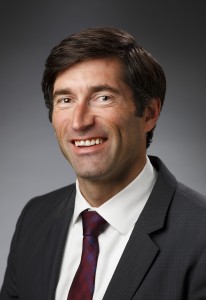 A new broker has taken over the executive office at a major Colorado real estate firm.

Peter Schippits, formerly of JLL, has jumped over to CBRE as the firm’s managing director and market leader for the Colorado region, CBRE announced Tuesday. He’ll replace Ray Pittman, who is jetting off to oversee CBRE’s business in Australia and New Zealand.

“What ultimately became the deciding factor was the vast array of business lines that CBRE has that most other firms don’t,” Schippits said of the new job. “There was an opportunity to roll up my sleeves and work with market leaders across all of those lines.”

A Minnesota native, Schippits holds a bachelor’s degree from University of Colorado and has been living in the Denver area for about 13 years.

He also has a J.D. from Seattle University School of Law and an LL.M. in taxation from the University of Florida’s Levin College of Law. Before joining JLL, he was a real estate, business and tax planning attorney at Denver firm Gelt & Grassgreen.

Leasing assignments Schippits previously handled at JLL will stay with his former firm, and the role he’s taking on at CBRE will not be a direct brokerage job. Schippits said he’ll miss the daily brokerage hustle, but he hopes to see plenty more deals inked at the new office.

“Anybody who’s been a broker has to have some passion for the deal, and being able to roll up your sleeves and close deals is what keeps you going day to day,” he said. “Now the goal is to be able to live vicariously through all the people here, and the good news is there’s a lot of deals that close around here on a daily basis.”

A major commercial real estate firm has named its newest director of the Colorado region, who is jumping over from a competitor.