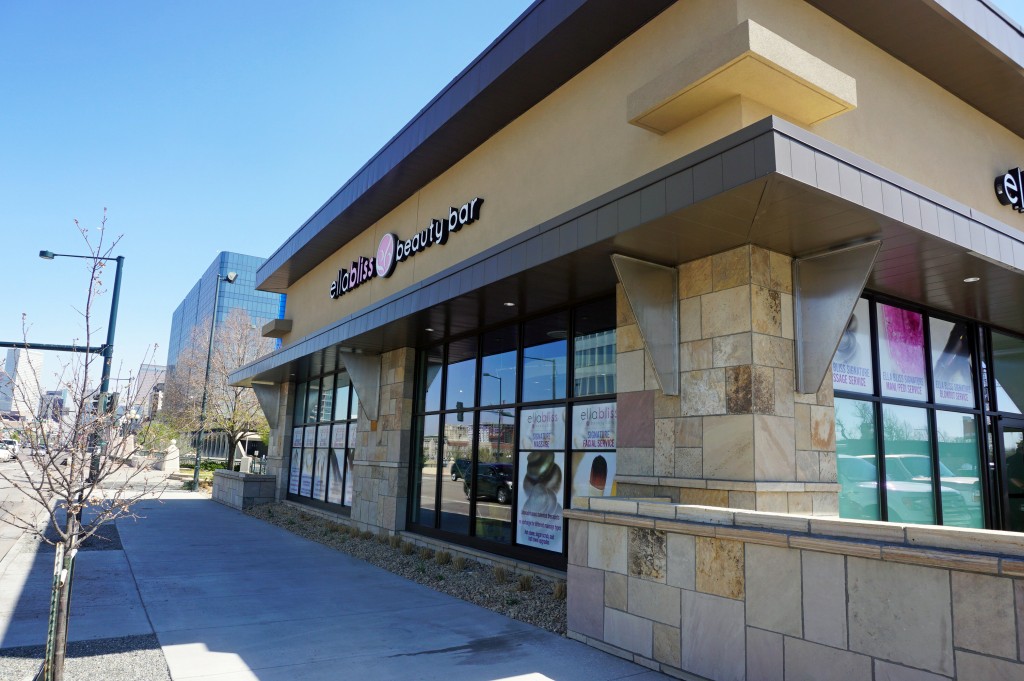 A spa’s second location will open soon at Sixth and Broadway. Photo by Burl Rolett.

Two Denver sisters and entrepreneurs won’t have to leave work to toast to the opening of their second spa.

Their Ella Bliss Beauty Bar, which opens the doors to location No. 2 at the end of April near Sixth and Broadway, is a hybrid concept that mixes spa services with a full bar.

And sisters Kelly Huelsing and Brooke Vanhavermaat plan to open a third in Highlands Ranch late this year. 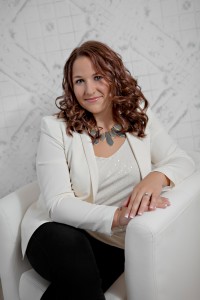 “You couldn’t ask for more visibility with these intersections here,” Huelsing said of the new Broadway spa. “We really love the atmosphere, and the neighborhood being revitalized around here is bringing the demographic we’re looking for.”

The sisters hope to also attract the local after-work crowd for happy hour.

The spa is leasing the Broadway shop from lender and landlord, FirstBank, which recently opened a new branch across the parking lot. The spa began renovating its 3,000-square-foot building in January and has a grand opening event planned for May 2.

Ella Bliss offers spa services including manicures, pedicures, blowouts, makeup, massages and facials. The spa takes walk-ins and also sells a $50-per-month membership, allowing customers to get a monthly treatment plus a drink, as well as discounts on additional services.

Ella Bliss earns about 75 percent of its total revenues from spa services, Huelsing said. Another 10 to 15 percent comes from private parties. Bar and retail sales make up the remainder of the company’s revenue.

Huelsing said she hopes to build up to 1,000 members at the spa on Broadway. She expects to see a somewhat younger crowd on Broadway than typically drops into the Greenwood Village spa.

Huelsing is looking to bring more bar customers for happy hour or a drink before going out downtown, and she said the location could also draw lunchtime spa business from nearby workers. 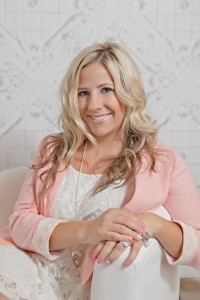 With a slew of bars and restaurants nearby, Huelsing said it will be a hurdle getting people to think about Ella Bliss as a place to drop in for a drink and not just to get their nails done. So far the company has taken to social media, launched a direct mailing campaign and set up a stand out front of the store on Broadway to try and spread awareness for the brand.

“With so many young professionals around here looking for the perfect happy hour spot,” she said. “We hope we can provide that here.”

AMA Construction is the general contractor for Ella Bliss on Broadway, and G3 Architecture designed the space. The project is being financed through cash from private investors and a loan from FirstBank, Huelsing said.

Ella Bliss plans to open the Highlands Ranch location near the end of the year on University Boulevard. Huelsing doesn’t yet have any additional locations picked out but said she would like to add spas on the northern or eastern part of Denver before expanding farther across the Front Range. Ella Bliss is currently seeking investment money to continue growing the concept.

Huelsing and Vanhavermaat always planned on expanding Ella Bliss beyond its first spa on Arapahoe Road in Greenwood Village, and Huelsing said the pair is slightly ahead of the initial timeline for adding a second and third store.

“The reason we’re moving so fast in Highlands Ranch is because we’re had people begging us to open there,” she said.

A spa’s second location will open soon at Sixth and Broadway. Photo by Burl Rolett.

For two entrepreneurs, mixing manicures with mimosas is a good recipe for business. The pair is opening a second location of their spa business on Broadway next week and has another on the way in Highlands Ranch.