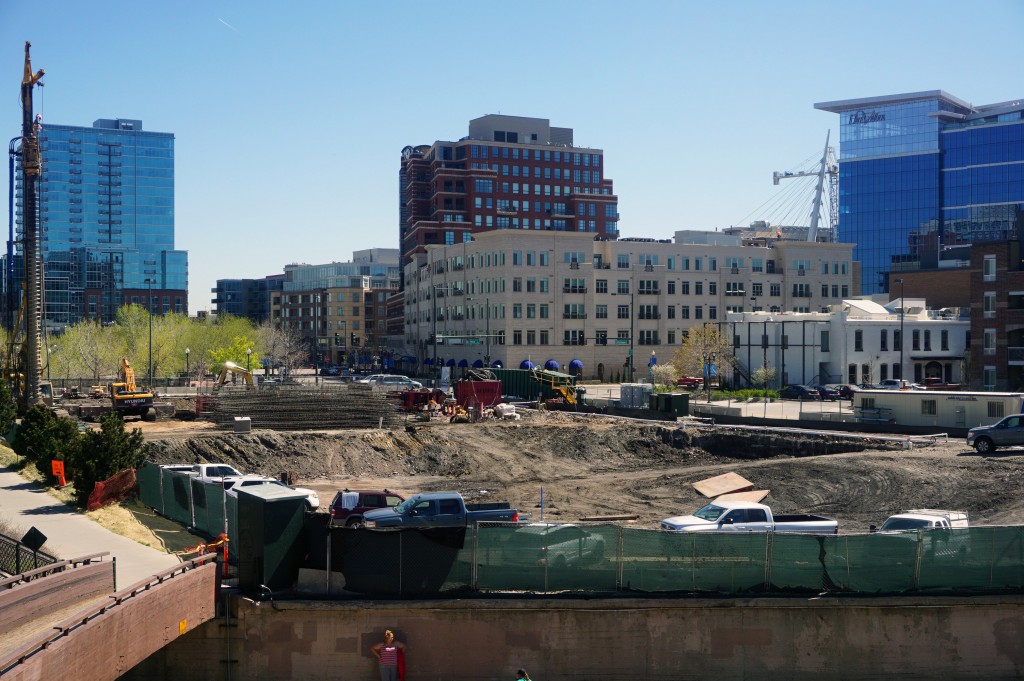 Rents aren’t all that’s on the rise in the Denver apartment market.

Crews are digging away at The Confluence, a planned 34-floor apartment tower at 15th and Little Raven streets. It’s the first Denver-area development for Houston-based PM Realty Group and will house 288 apartments, ranging from studios to 3,000-square-foot suites.

The project broke ground in December 2014. Confluence’s first tenants will move in about two years from now if the build comes along according to schedule, PM Realty Group Executive Vice President Bryant Nail said.

The building will include a saltwater pool, concierge, fitness center, dog washing station and coffee bar. Plans also call for three floors of underground parking with about 300 spaces. Apartments in the building’s highest floors will have direct elevator access from the parking lot.

Nail could not say what units would rent for when the property comes online two years from now and declined to disclose what it would cost to build The Confluence. PM Realty Group is developing the building in a joint venture with National Real Estate Advisors. The two firms bought the 1.21-acre site in 2013 for $10 million.

GDA Architects designed The Confluence, and Clark Construction is the project’s general contractor.

Crews are digging into the site of a 34-story apartment tower at 15th and Little Raven streets.