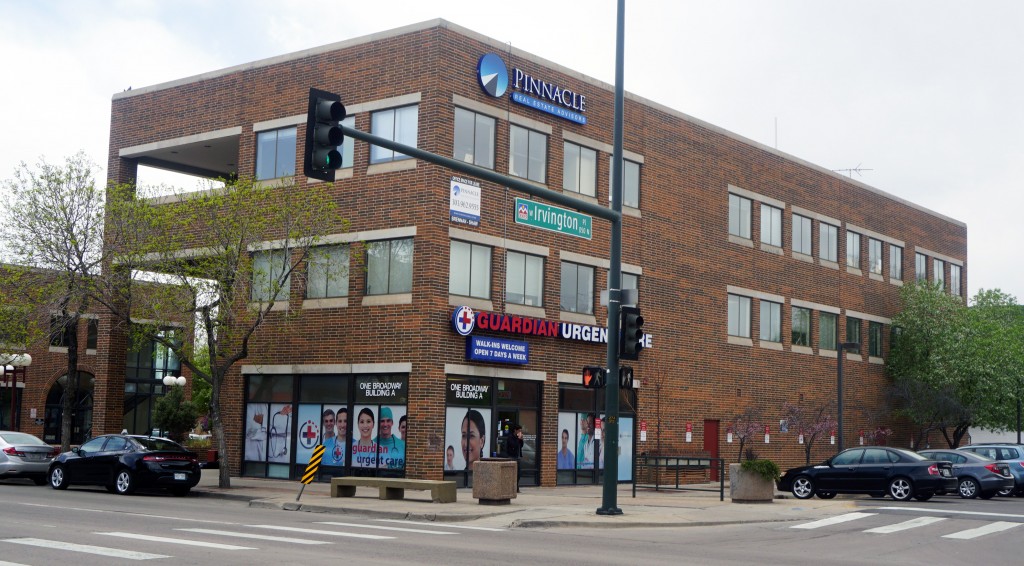 Pinnacle Real Estate Advisors bought One Broadway, the 35,000-square-foot office and restaurant complex where the firm houses its own headquarters, for $5.15 million. The purchase was finalized April 10, and Pinnacle Principal Matt Ritter said it’s a deal he’s wanted to close since the company moved in four years ago.

“Our objective in 2011, frankly, was to buy the building, but we just couldn’t get a deal together with the seller,” Ritter said. “I think from his perspective, the market improved over the last couple of years, and we enjoy being here, so it’s still the right fit for us.”

Pinnacle has handled leasing at One Broadway since moving into its own second- and third-floor offices.

At the time, the office was about 65 percent occupied, Ritter said. The property has since leased up to full occupancy. Tenants include Guardian Urgent Care, Apex Energy Solutions and Spicy Basil.

Pinnacle Real Estate paid for the acquisition with a loan from local credit union Bellco. Pinnacle’s employees were also offered the option to personally invest in One Broadway, Ritter said. 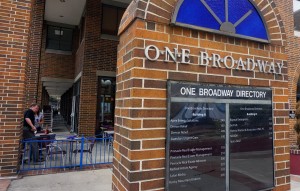 One Broadway sits near Broadway and Ellsworth next to Punch Bowl Social.

Pinnacle will continue to handle leasing duties at the center. Ritter estimated the going rate for retail space in the neighborhood is about $30 per square foot right now, with offices leasing closer to $25 per square foot.

The average rent for current tenants at One Broadway is lower, Ritter said, because some were signed in past years at lower rates.

Pinnacle’s leasing strategy at One Broadway isn’t likely to change now that the firm is both landlord and property manager, Ritter said, but an improving real estate market along South Broadway is likely to attract higher-quality tenants at more expensive lease rates.

“The Arby’s closed at 11th and Broadway, and the Torchy’s Taco is coming in and doing a big renovation,” Ritter said. “You look at Punch Bowl – that used to be a Big Lots – and the reality is Big Lots isn’t an awesome tenant or neighbor, but Punch Bowl Social is a pretty cool experience.”

“We just wanted to own the building we’re in so we have an opportunity to put down roots,” Ritter said. “Our expectation is we’ll be here for a long time, so this allowed us to not have to think about leasing options every five years.”

With the landscape along South Broadway quickly changing, a real estate firm has made the $5 million investment to buy the office building that houses its headquarters.