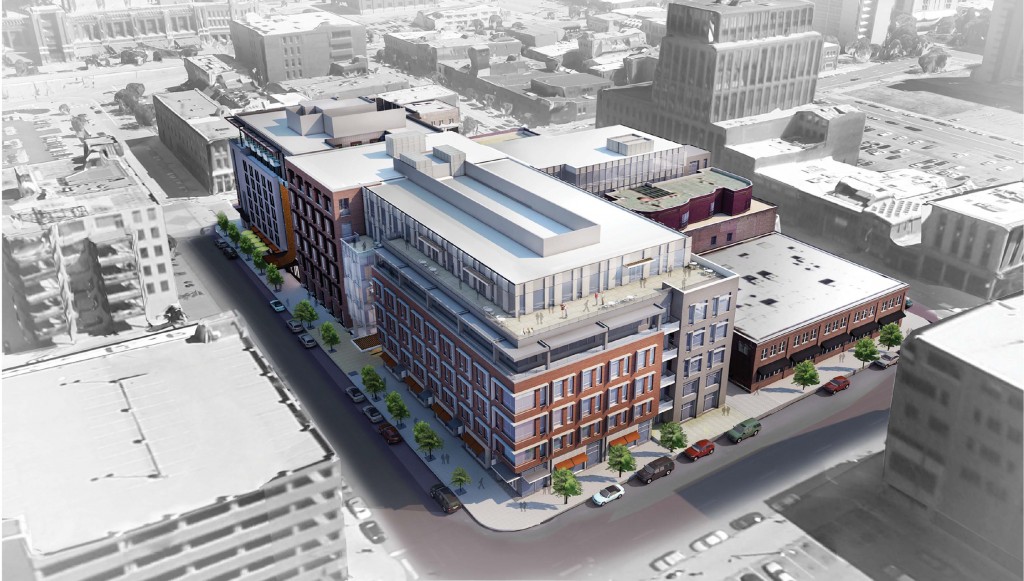 A real estate firm has signed on to at least two floors in the upcoming Z Block project. Renderings courtesy of Newmark Grubb Knight Frank.

San Francisco-based Prologis is leasing at least 72,000 square feet at the upcoming Z Block development in LoDo. The company will move its Denver office from its current location at 4545 Airport Way near the intersection of Pena Boulevard and Interstate 70 in the first half of 2017, said Ed Nekritz, chief legal officer.

“We wanted to find something new that we could really put our stamp on and develop from the ground up with a reputable builder,” he said. “Z Block just kind of met all the needs.”

Prologis is taking the fifth and sixth floors and may expand into a portion of the building’s fourth floor, Nekritz said, and will also get rights to put its own signage on the six-story building. The lease runs for 12.5 years.

Prologis has about 275 employees in Denver. Its operations headquarters on Airport Way houses the bulk of the company’s legal, due diligence and investment services, accounting, IT and Americas operations groups.

Prologis owns the Airport Way space as well as the building next door at 4555 Airport Way. Nekritz said the company has not yet decided what it will do with those buildings moving forward.

Right now Prologis’ office totals about 85,000 square feet, but Nekritz said the company doesn’t need all of that room.

“It’s very equivalent in terms of space, but we’ll be on two or 2½ floors instead of the five floors we’re on today,” he said.

Z Block runs along the east side of Wazee Street between 18th and 19th streets. Colorado-based McWhinney is the developer on the project, which is slated to have 193,000 square feet of total office space.

Z Block will also include a 170-room hotel operated by Sage Hospitality at 19th and Wazee streets.

Prologis is an industrial real estate firm that reported about 590 million square feet owned, managed or under development as of December 2014. The once Denver-based company merged with AMB Property Corp. in 2011. The combined Prologis moved its corporate base to AMB’s San Francisco headquarters but maintained its operations base in Denver.

A real estate firm has signed on to at least two floors in the upcoming Z Block project. Renderings courtesy of Newmark Grubb Knight Frank.