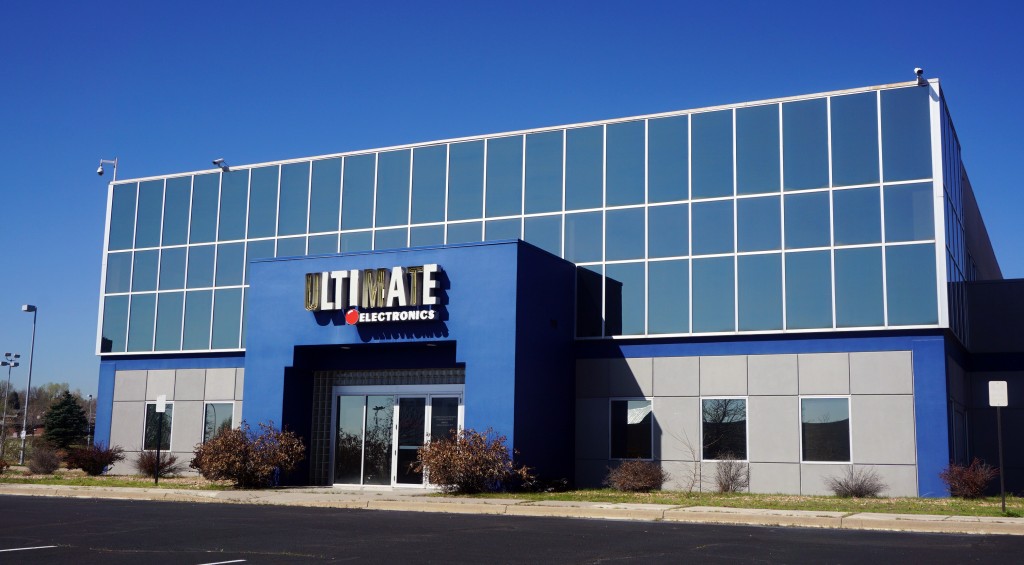 The former Ultimate Electronics store is being converted into a warehouse and store for an appliance retailer. Photos by Burl Rolett.

The Thornton headquarters of a shuttered electronics retailer is getting recharged.

Appliance Factory & Mattress Kingdom bought the former Ultimate Electronics building at 321 W. 84th Ave. for $16 million this month with plans to open a new retail store and warehouse at the 338,000-square-foot building.

Company Media Director John Higgins said the building’s visibility and easy interstate access made it a good fit for both a retail store and a Colorado distribution hub.

“We’ve really been looking at this property since it went on the market; it’s been about two years we’ve had our eye on it,” Higgins said. “We’ve outgrown our facility. It just made sense to go to a building like that.”

Appliance Factory sells a range of home appliances including washers, dryers, refrigerators, stoves and dishwashers at 14 stores around Colorado. The retailer’s new 84th Avenue location was previously the headquarters for Ultimate Electronics, which filed for bankruptcy and vacated the facility about four years ago. It’s been dark ever since.

Higgins said the store plans to reopen the facility by the beginning of next month. Appliance Factory will create a 30,000-square-foot retail showroom and plans to use about 200,000 square feet of the building’s warehouse space. 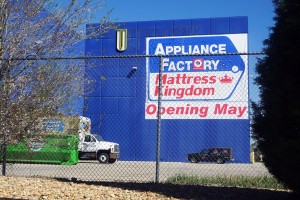 Appliance Factory plans to open in the new space next month and will close a current store and warehouse.

The 84th Avenue location will combine a current Appliance Factory store at 880 E. 104th Ave. and a warehouse near Interstate 25 and West 53rd Place. Higgins said the company currently has month-to-month leases on both of those spaces.

Appliance Factory will have about 80,000 more square feet of warehouse space at the Ultimate Electronics building, space Higgins said the company badly needs.

“We’re feeling some of the growing pains,” he said. “We outgrew our warehouse about mid-way through last year, maybe even a little before then.”

The warehouse building sits on about 34 acres at the northwest corner of West 84th Avenue and I-25. Appliance Factory is planning on hosting a few major warehouse sales at the space, Higgins said, to clear out inventory at a discount before going on major buying trips.

Appliance Factory thinks it can do $2 million in sales over the course a few days, Higgins said. The company might sell $500,000 worth of appliances on a regular weekend, Higgins said, and might hit $1 million on a major holiday weekend.

“It’s going to more than quadruple what we do in a typical weekend, and it’s not going to be tied to a holiday or anything like that, it will just be based on our inventory,” he said.

The former Ultimate Electronics store is being converted into a warehouse and store for an appliance retailer. Photos by Burl Rolett.

After going dark about four years ago, the former headquarters of an electronic retailer is being converted into a massive warehouse and retail space for a home appliance store.