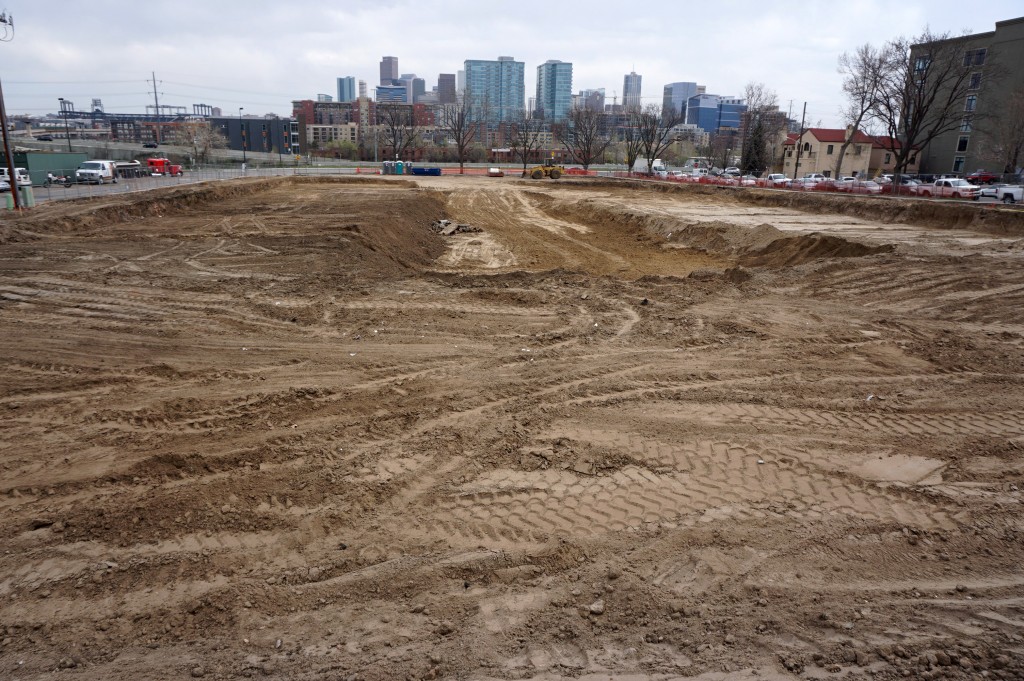 The land that was formerly home to United Way has been cleared for development. Photo by Burl Rolett.

A major Lower Highlands apartment complex may soon come out of the ground at 18th and Central.

About $36 million in building permits was issued late last month for the 302-unit apartment complex Southern Land Co. is building at the former United Way headquarters in LoHi. Plans for the development also include about 9,300 square feet of retail space.

The site previously housed Denver’s United Way, but that building was demolished earlier this year and the 2.4-acre plot has since been cleared for construction. Representatives from Southern Land Co. did not return messages seeking comment on the project by press time.

Southern Land Co. bought the site from the Mile High United Way for $10 million in 2013. The United Way has moved to a new headquarters building at 711 Park Ave. West.

The land that was formerly home to United Way has been cleared for development. Photo by Burl Rolett.

A developer with 300-apartment plans for the former United Way headquarters land was issued $36 million in building permits in late March.