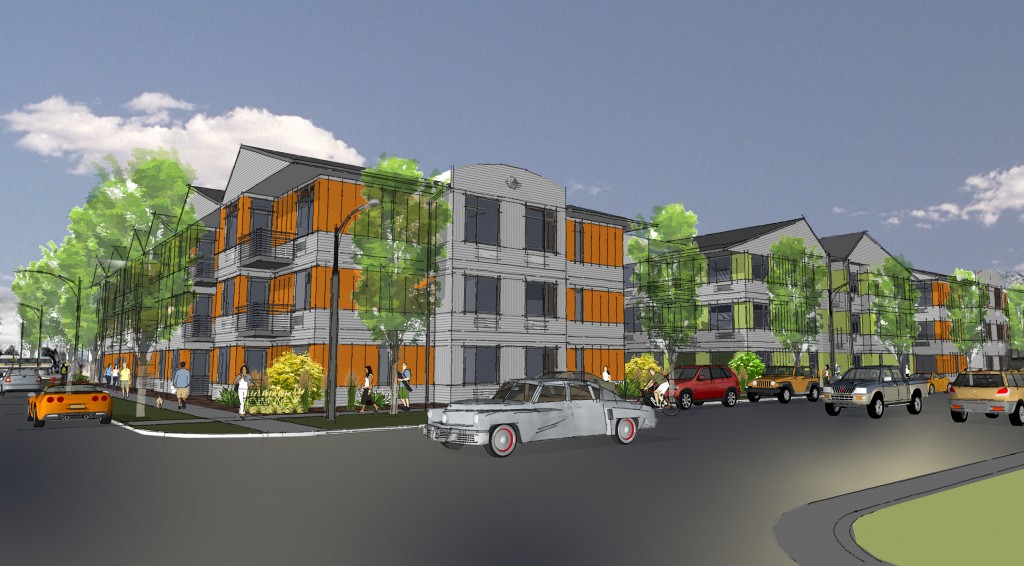 A four-building affordable housing complex is chugging toward the finish line in Lakewood.

St. Charles Town Co. has taken three years get a $15 million apartment project out of the ground. But work is now wrapping up at the 95-unit Zephyr Line Apartments near Wadsworth Boulevard and Colfax Avenue.

Charles Town CEO Charlie Woolley said the challenge was finding the right plot for a low-income housing tax credit project. In Lakewood, Woolley said, the land was cheap enough, and zoning allowed for enough apartments to make the project work. The 1.8-acre property is also just blocks from a light rail station.

“There is a lot of interest in doing transit-oriented development, affordable projects because someone making less than median income can jump on the light rail and access so much without having a car,” Woolley said. “We were very fortunate to find a site that met all the right criteria.” 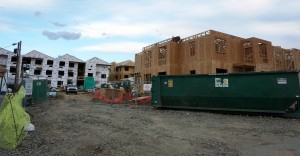 Work is expected to wrap up this summer. Photo by Burl Rolett.

The development is a 4 percent Low-Income Housing Tax Credit project. The program offers developers tax credits to cover 30 percent of eligible construction costs in exchange for an agreement to charge below-market rents for 30 years.

Zephyr Line will be financed through a combination of bonds and tax credits, with about half of the funding from a bond that is sponsored by nonprofit Metro West Housing Solutions and funded by Citibank.

All 95 apartments will be aimed at renters making no more than 60 percent of the area median income. Woolley estimated apartments would cost between $800 and $1,100 per month.

Denver’s OZ Architecture handled the design work on the project, and Englewood-based B.C. Builders is the general contractor.

Woolley said the location offers several nearby amenities that residents won’t need to hop on public transit to access.

“We’re a block away from West Colfax, blocks from a Home Depot and a Walmart,” Woolley said. “Going right across the railroad tracks, you have access to parks and open space and a bike path.”

Construction on a $15 million 95-unit apartment complex in Lakewood is rolling along with plans to open to tenants this summer.