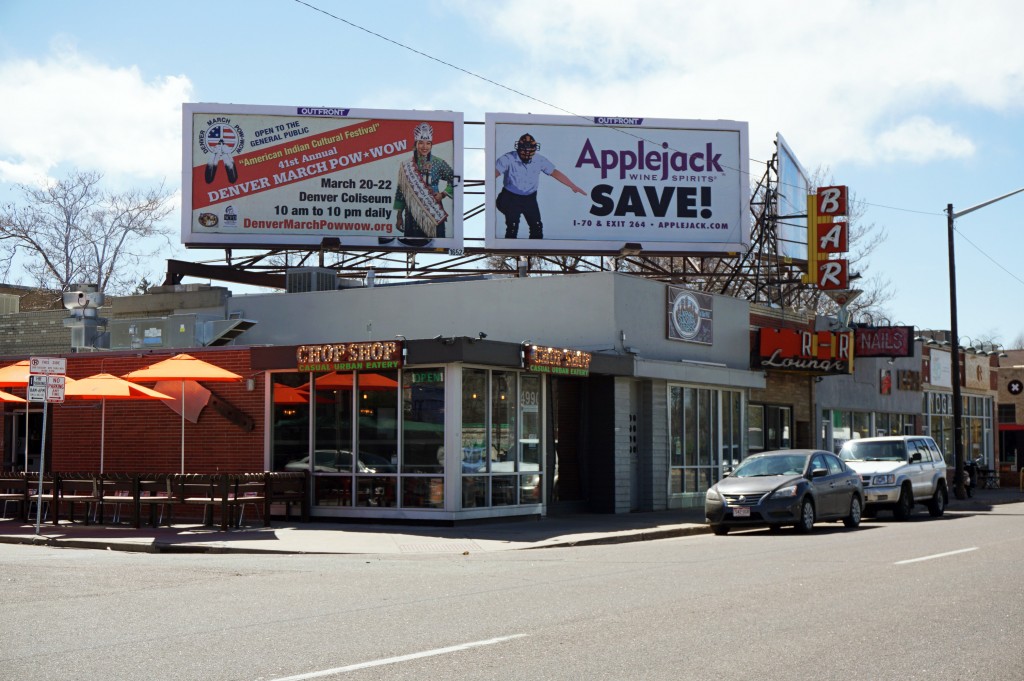 An architecture and planning firm will tackle a disjointed stretch of East Colfax Avenue. Photos by Burl Rolett.

The design firm that spruced up Cherry Creek North and the Riverfront District will try its hand at a mile-long stretch of East Colfax.

The recently formed Colfax Mayfair Business Improvement District – which covers the stretch of Colfax between Eudora Street and Monaco Parkway – is paying $85,000 for a streetscape design project headed up by Denver-based Design Workshop.

“It’s a very nondescript area; it’s not very interesting,” said Hilarie Portell, the executive director of the Colfax Mayfair BID. “There’s no sense of identity, and it’s not comfortable for a pedestrian to walk from one end of the district to the next.”

Portell said the Colfax Mayfair BID, founded in late 2014, aims to change that, starting with improvements that could include new bike racks, pedestrian-friendly curb cuts and repairs to crumbling medians.

The district will pay for the bulk of the $85,000 streetscape design project using part of a $153,000 grant it received from the Denver Office of Economic Development.

Actual construction work won’t begin until Design Workshop concludes its study in December. The business improvement district is working on tracking down more cash to pay for the actual improvements.

“The immediate improvement might be bike racks in key locations,” Portell said.

The Colfax Mayfair BID includes about 60 property owners and 200 businesses on East Colfax Avenue and also stretches over the Mayfair Town Center near 14th Avenue and Krameria Street.

Portell said the district expects to bring in about $117,000 per year. Each property owner on average will pony up $1,800, Portell said.

Design Workshop previously handled urban design projects in Cherry Creek North and Riverfront Park. Portell added that one of the firm’s principals lives just block from the edge of the business improvement district.

“We had so much talent in this city pursuing this job, it was really gratifying,” Portell said. “You want people who aren’t looking at this in the abstract, but are actually living it.”

An architecture and planning firm will tackle a disjointed stretch of East Colfax Avenue. Photos by Burl Rolett.

The design firm that spruced up Cherry Creek North and the Riverfront District will try its hand at a mile-long stretch of East Colfax.