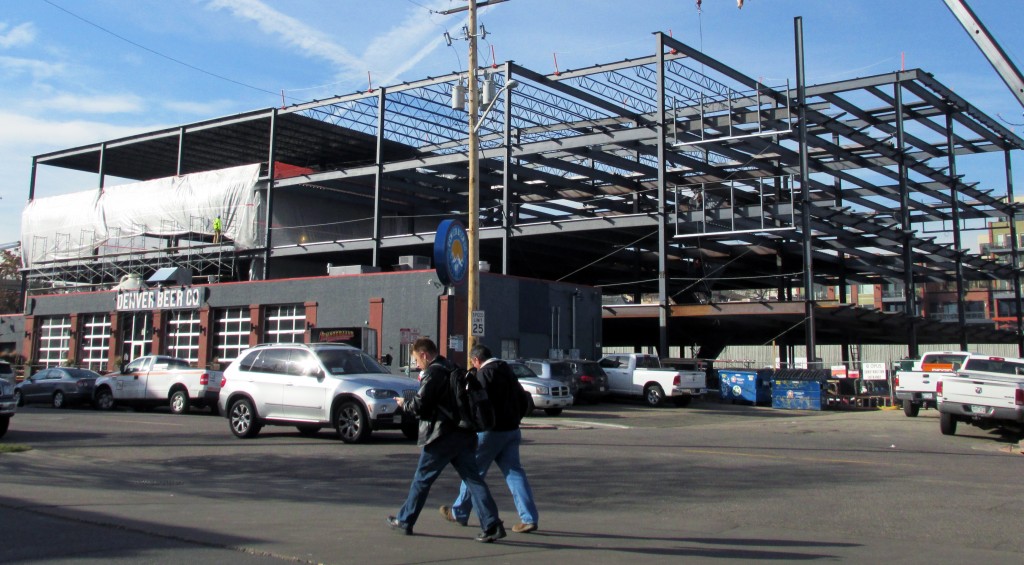 Confluent Development was a partner on the Lab project behind Denver Beer Co. Photo by Burl Rolett.

A pair of Denver developers is now building under one united flag.

“Being able to plug in with Marshall (Burton) and Celeste (Tanner) and add the office and industrial expertise kind of rounded out the product offering,” Rankin said. “We’re excited about the combined pipeline and the diversity that this adds to our business and the ability to tackle virtually any type of real estate development that would come across our radar.”

The deal has been in the works since about the beginning of 2015, Rankin said, and was finalized last Friday. Rankin did not disclose any financials involved in the merger, saying only there would be a “revised ownership structure” but declining to offer any specifics.

The now-combined firm will keep the Confluent name.

Confluent Development launched in 2014. The company is headed by Burton and Tanner, both of whom previously worked with Opus Development. Burton will be president of the combined Confluent, and Tanner is serving as VP of Real Estate, Rankin said.

Prior to the merger, Confluent began work on a 68,000-square-foot headquarters for Mikron Automation in the Potomac Technology Center. Confluent also brings the 10-story Village Center office tower project at Greenwood Village into the merger and is a partner in The Lab office building on Platte Street.

MVG was founded in 2000 and works primarily in retail and senior housing. Locally, the firm’s development pipeline includes the Sprouts-anchored retail redevelopment at 38th and Kipling in Wheat Ridge.

Former MVG President Mike Dailey will leave the combined Confluent Development, Rankin said, but the rest of MVG’s leadership team will transfer over to the new firm.

Confluent Development was a partner on the Lab project behind Denver Beer Co. Photo by Burl Rolett.

Two developers with large-scale projects under their belts have come together to combine their varying skill sets that include retail, senior living and industrial space.