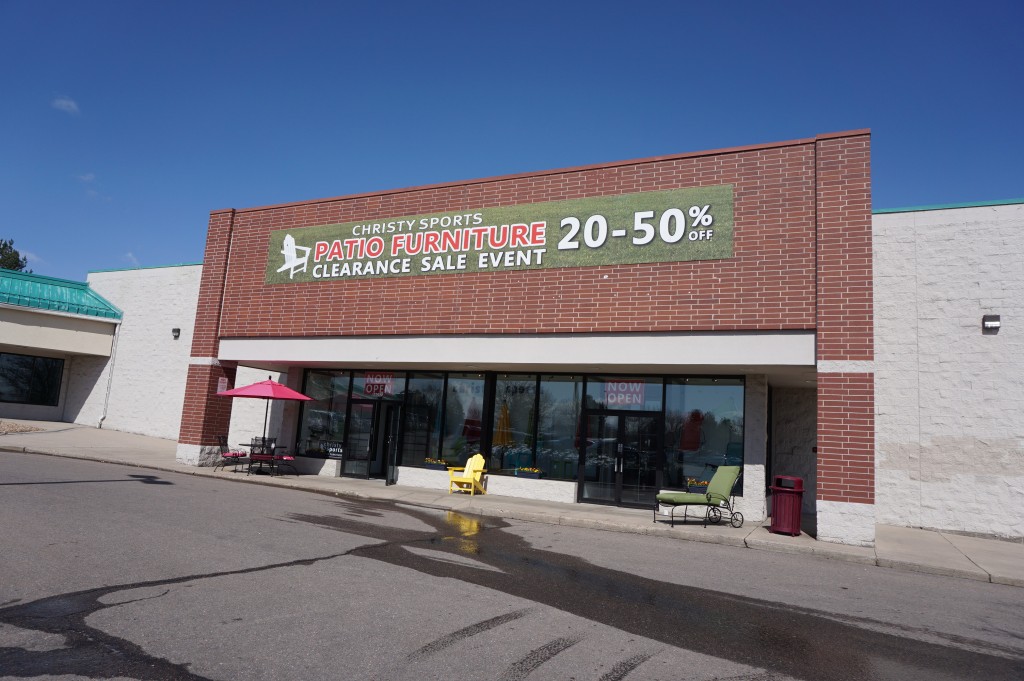 Christy Sports will open a new 34,000-square-foot superstore in Littleton this fall that’s about twice the size of the Lakewood-based chain’s biggest location.

Vice President of Operations Dan Fox said the company – which has more than 35 locations around Colorado – needs the space for its massive late-summer ski gear and early-spring patio expos.

“These event sales, they have a life of their own and do a year’s worth of business in a very short amount of time,” Fox said. “We’ve been doing this for seven or eight years and looking for a long-term home for the last four.”

Christy Sports, which sells ski and snowboard gear in the winter and patio furniture in the summer, signed a five-year lease for the new showroom at Littleton’s Southwest Plaza at the end of March.

The company will phase out two nearby stores as their leases expire.

Christy picked the location, Fox said, more for its ease of access from outside Front Range than its location in the Denver metro area. 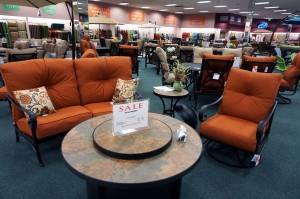 The Littleton location will add more space for patio furniture.

“We draw people for our event sales from Boulder, Fort Collins, Colorado Springs, Nebraska, Kansas and Wyoming,” he said. “So being easily accessible and large enough to handle the crowds was more important than demographically where it went.”

The megastore will carry the same type of winter sports gear that Christy stocks at other locations – just a lot more of it. Fox said Christy will add a year-round patio design center for commercial business and special-order patio furniture, and the store will have plenty of patio gear to pack the place during the summer months.

“We won’t have a problem filling it wall-to-wall with patio furniture,” he said. “As we go into winter, we’re going to be exploring some new options.”

Christy is taking over a vacant former Stein Mart store at 8601 W. Cross Drive in Littleton. It’s a location that first popped onto the company’s radar a year ago, Fox said, when Christy rented it out for its August “Powder Daze” sales event.

The company is hosting its patio furniture event sale at Southwest Plaza this month and will close for spring and summer to renovate the space. Fox said the plan is to launch the Christy megastore for Powder Daze in August.

Southwest Plaza is right across the road from a smaller 8,000-square-foot Christy Sports at Chanson Plaza. That location will stay open for the time being, but Fox said Christy will shut it down by the time that lease runs out in April 2016.

Christy is also closing a store at Orchard Road and Holly Street in Greenwood Village at the end of this month. 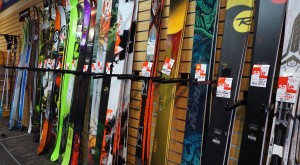 Christy will shut down two of its stores.

“If you think about it, we’ve kind of got two stores merging into one,” Fox said.

The average Front Range store runs about 9,100 square feet. Christy opened what Fox called a “signature store” in Boulder in 2013 that totals about 17,000 square feet.

“Going from 17,000 to 30,000 feet, although it’s a big leap, I’d say if you asked us what our new footprint is, it would more like the Boulder store,” he said. “Fifteen thousand to 17,000 square feet is probably our new comfort level with what we’re trying to do.”

The winter gear retailer has signed a lease on a massive Littleton space that it's used in the past for seasonal events. The space - about twice the size of the biggest Christy Sports - will allow the company to push its patio furniture business year-round.