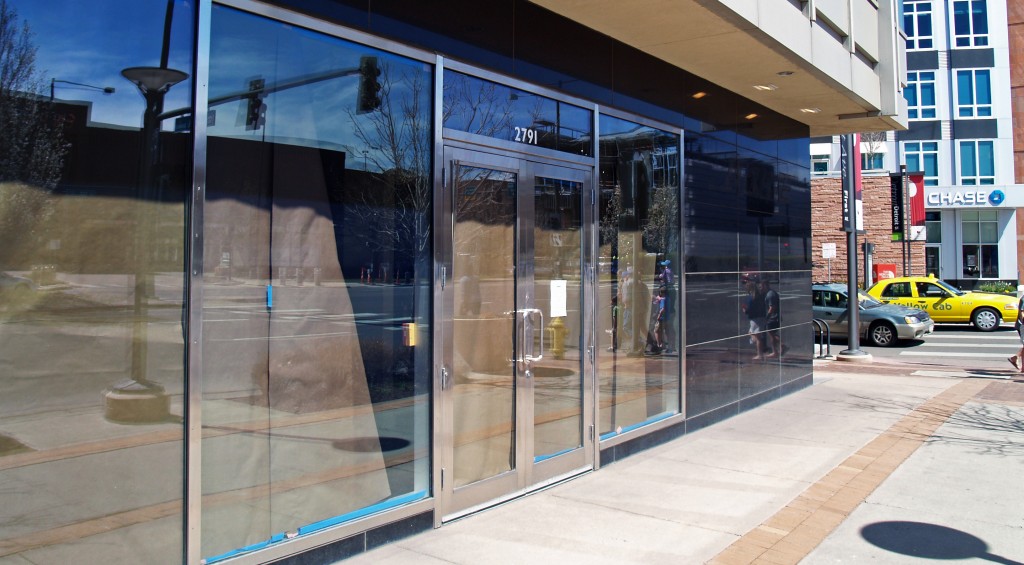 The Bose location on First Avenue has been vacated. Photos by Aaron Kremer.

The music has stopped at a Cherry Creek electronics store.

Bose shut down in late February at Clayton Lane at 2791 E. First Ave. The shop is currently vacant and its walls are covered in construction paper.

Representatives for Bose did not return calls seeking comment on the store’s closure. The company’s departure leaves a 3,000-square-foot vacancy at Clayton Lane, right at First Avenue and Detroit Street.

Bose has two outlets in the Denver region: one in Castle Rock and one in Loveland.

Bose marks a second loss for Clayton Lane in recent months. Sears announced in January it would be shutting down its 150,000-square-foot anchor store and auto center.

A recently updated listing on Loopnet shows a total of 21,583 square feet available at Clayton Lane, including the former Bose storefront. Kelly Greene of Urban Legend is the listing agent for Clayton Lane. Greene did not return phone calls seeking comment by press time.

The Bose location on First Avenue has been vacated. Photos by Aaron Kremer.

The electronics retailer has powered down its First Avenue store, leaving a 3,000-square-foot hole in the Cherry Creek shopping lineup.