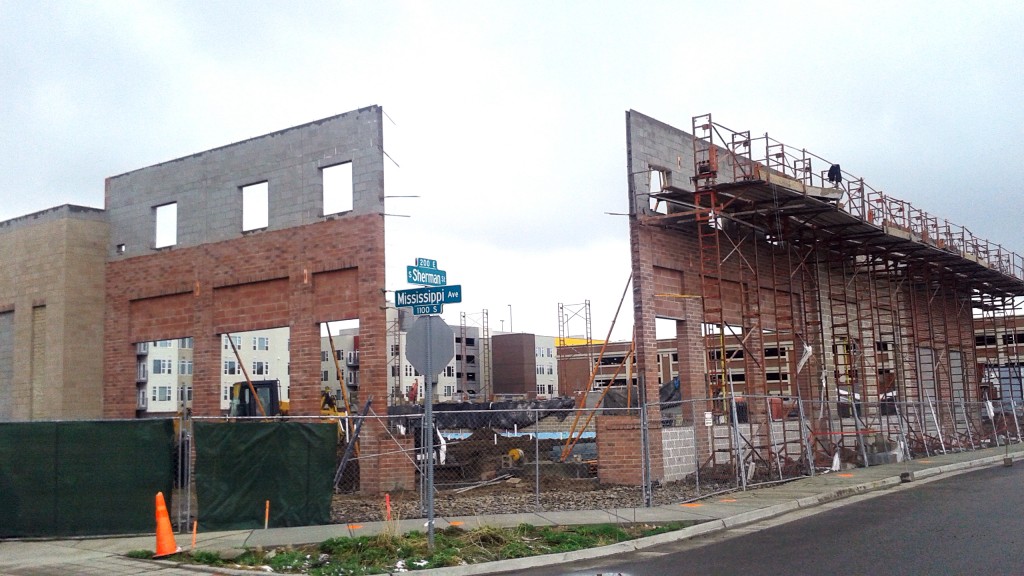 The skeleton of an upcoming grocery store is taking shape on Mississippi Avenue. Photo by Burl Rolett.

A new grocery store is coming out of the ground on the edge of Platt Park.

A pair of exterior walls for a planned Sprouts Farmers Market has risen at a construction site at Sherman Street and Mississippi Avenue. It will make a fourth Denver location for the Arizona-based grocer.

Sprouts Director of Real Estate Elizabeth Hoxworth declined to comment on when the store may open, saying only that Sprouts typically announces planned opening dates about three months in advance.

A typical Sprouts store runs about 28,000 square feet. The Mississippi Avenue store is being built on a roughly 2-acre site stretching between Lincoln and Sherman streets.

Sprouts currently has three stores in the Denver area. The newest location opened at 3625 E. Colfax Ave. in 2013. The company has also announced it will open a new store in Wheat Ridge at 3725 Kipling St. this summer.