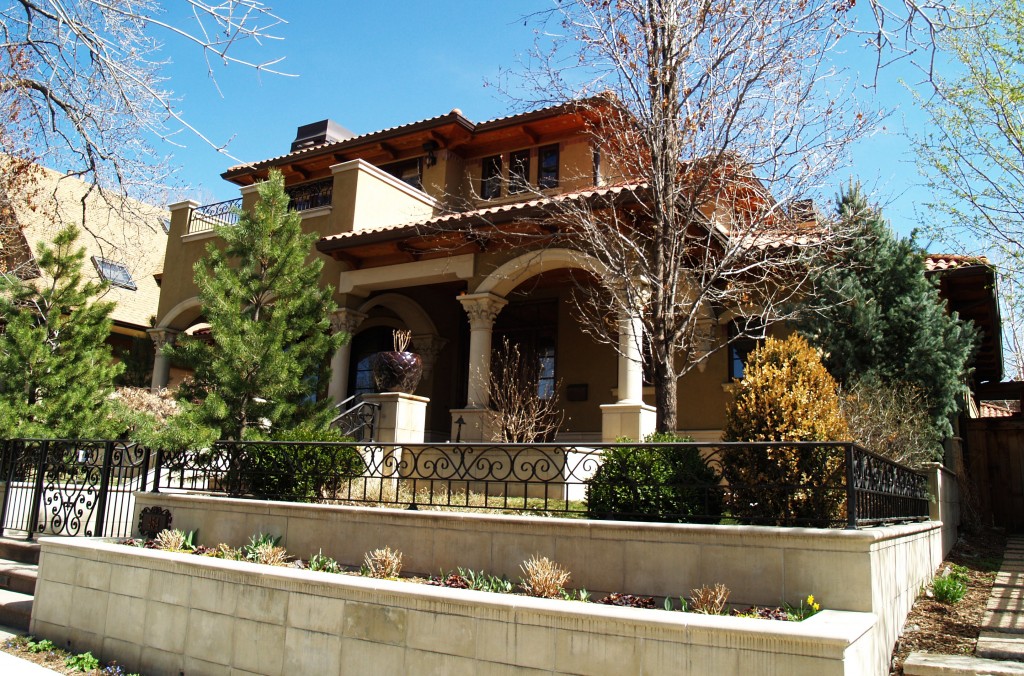 An 8-year-old house at 454 Clayton St. in Cherry Creek was the highest-priced home sale of February and fetched $3.5 million, according to the Metrolist Denver MLS.

The five-bedroom, six-bath Spanish colonial-style home was built by Jonathan Miller for himself in 2006, said Robert Chase, a real estate agent with Sotheby’s International Realty who listed the house.

“This is really one of the most desirable blocks in Cherry Creek,” Chase said, adding that the house sold after about three months on the market.  “It’s not right down the middle of retail – it’s just the right distance away.”

Chase said that house was built on lot wider than the standard 50 feet after two smaller homes were scrapped. That allowed for a more spacious floorplan.

“With 67 feet, you can come away with a main-floor master bedroom where the rooms are all well-proportioned, and also the house doesn’t look it was designed for setbacks,” Chase said.

And Chase said the home also has more outdoor spaces than is typical in that part of Denver.

“Every room in the property has adjoining outdoor space,” he said. “Even the small office on the main floor has a protected covered area that’s quite magical.”

The house was purchased by Emily B. Spencer, according to Denver property records. BusinessDen was unable to reach Spencer. The seller was an unnamed LLC.