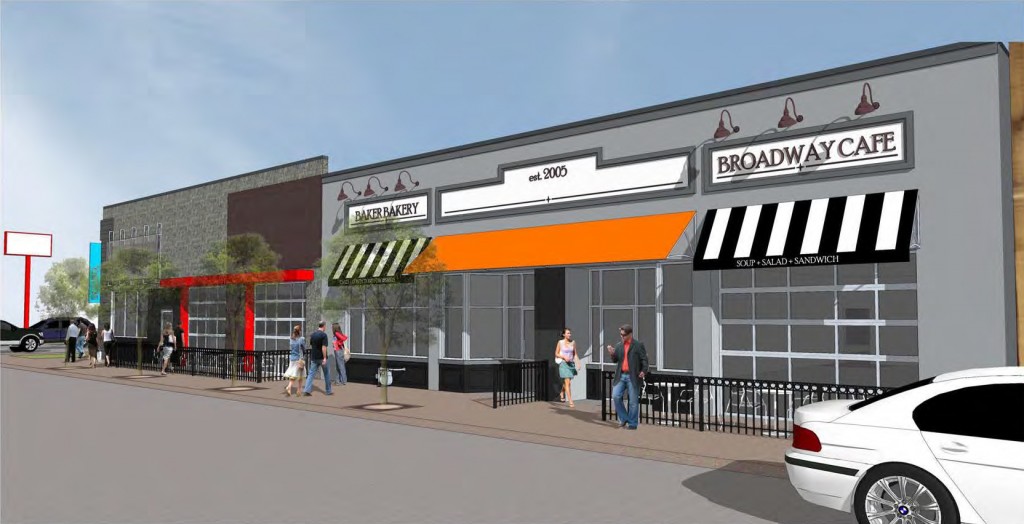 The former site of a Family Dollar is set to be redeveloped for retail and restaurant use. Rendering courtesy of VanWest Partners.

A former Broadway dollar store will soon give way to a pricier retail row.

VanWest Partners this month bought the former Family Dollar at 460 Broadway with plans to renovate the building into a new restaurant and retail strip. The firm will spend about $600,000 to build a row of four new storefronts at the former discount shop.

“The biggest thing for us was we liked the location,” said Wade Buxton, a VanWest principal. “Being on Broadway you have a high traffic count, it’s relatively close to downtown and you have good zoning. And it kind of fits into our wheelhouse.”

VanWest bought the Family Dollar space, along with an auto garage at 470 Broadway, for $1.3 million in a deal recorded earlier this month. The entire purchase totaled about 0.64 acres just south of the Subway restaurant at Broadway and Fifth Avenue. 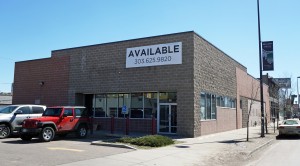 The property at 460 Broadway was home to a Family Dollar.

Buxton said VanWest Partners plans to begin construction in the coming months and has pending leases with a wine shop and a quick-service restaurant. Those stores would take two storefronts in the middle of the building, totaling about 2,400 square feet.

Buxton declined to give the names of the tenants pending finalized leases. Space at the unnamed redevelopment is leasing for between $32 and $33 per square foot, Buxton said.

VanWest Partners is still looking to fill a pair of restaurant spaces at either end of the building. Those spaces total 2,355 square feet and 3,278 square feet.

Shane Martin of Arrow B Architecture is designing the planned Broadway redevelopment, and Guaranty Bank is providing financing. VanWest Partners has yet to select a general contractor for the project.

The former site of a Family Dollar is set to be redeveloped for retail and restaurant use. Rendering courtesy of VanWest Partners.

An empty Family Dollar space on Broadway is set to be redeveloped into a small retail strip that will include a wine shop and a restaurant.