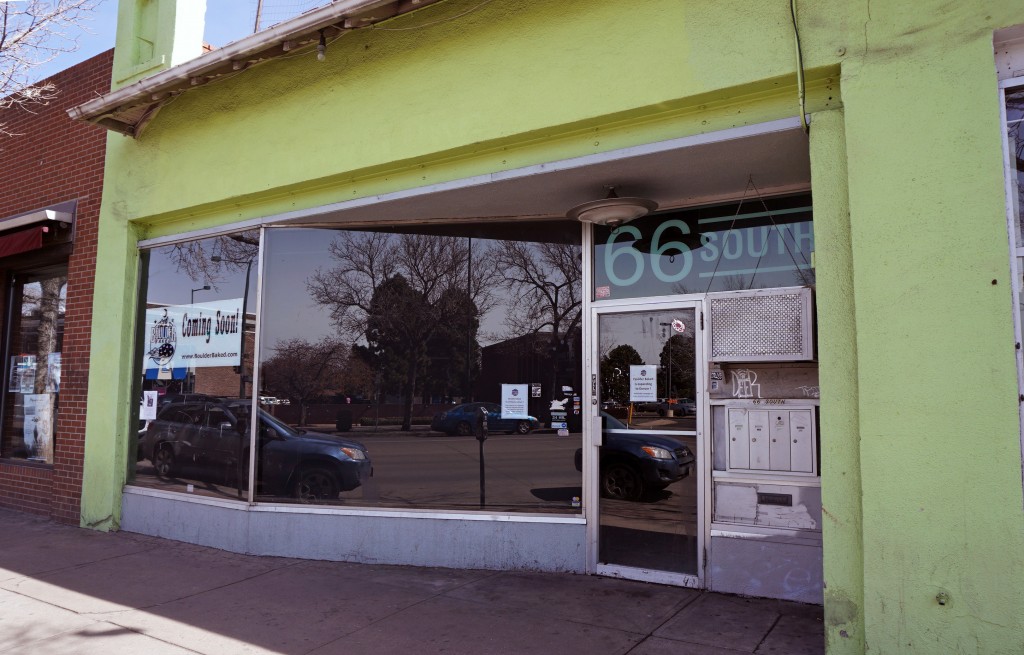 A Boulder bakery is moving into a space at 66 S. Broadway. Photos by Burl Rolett.

A Boulder bakery is rolling over to South Broadway.

Boulder Baked is planning to add a second location at 66 S. Broadway in Denver. The shop has posted signs out front of the South Broadway storefront and reported the expansion plans on social media.

It’s unclear when the bakery plans to open the second store, and store owner Jim Comstock did not reply to emails and phone calls to the Boulder bakery requesting comment.

Boulder Baked is an evening and late-night bakery and delivery company that serves cookies, cakes, pies, cupcakes and other desserts, along with food including grilled cheese, soups and pot pies.

The company has been open under various owners for more than a decade and currently operates at 1911 Broadway in Boulder, according to the Boulder Baked website.

A Boulder bakery is moving into a space at 66 S. Broadway. Photos by Burl Rolett.

A late-night delivery bakery is opening its first location in Denver with a storefront on South Broadway.