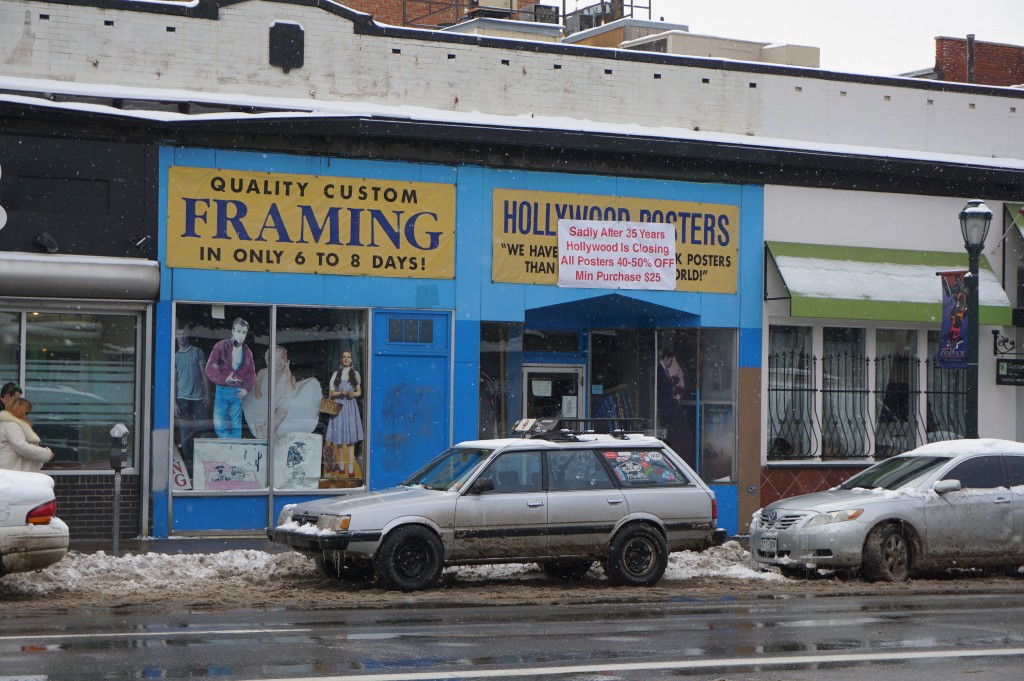 Hollywood Posters, a longtime shop is rolling up its operations on East Cofax. Photos by Burl Rolett.

Credits are about to roll on an East Colfax mainstay.

Hollywood Posters at 326 E. Colfax will close its doors for good in the next few weeks after 35 years in business. Shop owner John Caruso said a drop in sales is forcing his business to shut down.

“People just aren’t buying posters like they used to,” he said. “Half of the people have no money and half just browse and walk out of the store.”

The poster shop will be the second business to close in recent weeks on the 300 block of East Colfax. Emilio’s Mexican Restaurant two doors west of Hollywood was shut down, owing the state nearly $12,000 in unpaid sales taxes.

Hollywood Posters, a longtime shop is rolling up its operations on East Cofax. Photos by Burl Rolett.

A Colfax Avenue retailer is closing up shop after 35 years in business.