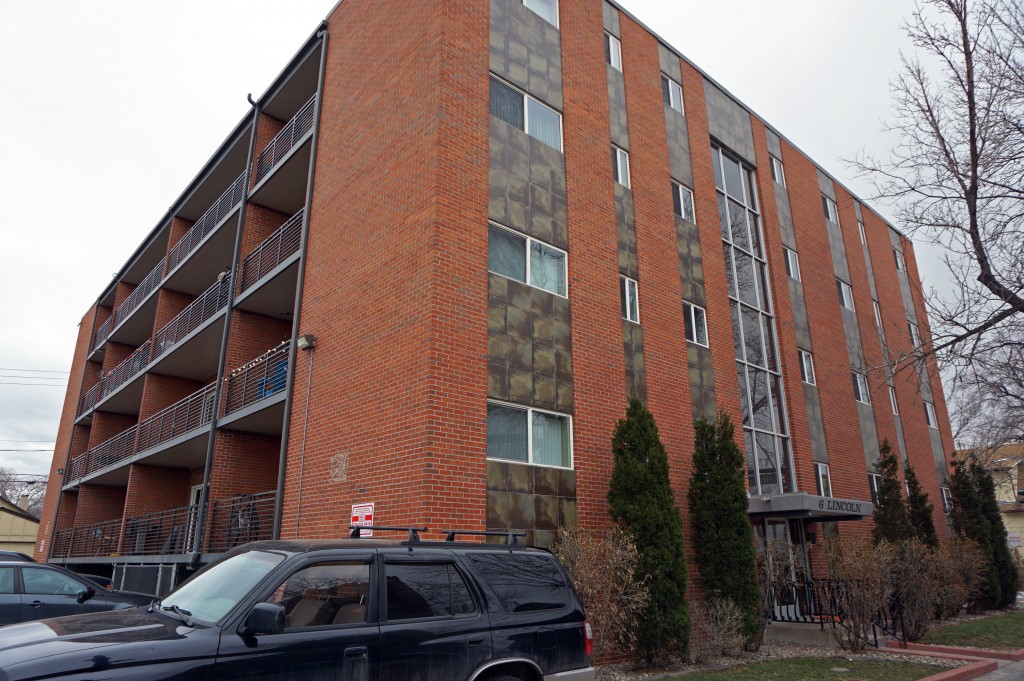 A new owner has taken over $7.4 million worth of Speer neighborhood apartments.

6 Lincoln Property LLC, headed by real estate investor Martha Watson, bought the 39-unit 6 Lincoln Apartments for $7.4 million this month. The property sold at $190,000 per room, a price Pinnacle Real Estate Advisors broker Robert Lawson said was pushed up by a renovation about three years ago.

“It’s pretty high up there for comparable sales, but all but six or seven of the units are completely renovated,” said Lawson, who represented the buyer. “There’s only one or two other buildings like this in central Denver that are five stories and reinforced concrete – it’s build like a bunker.”

Pinnacle brokers Matt Lewallen and Kevin Calame handled the deal on the behalf of seller Dwellings LLC. Lewallen said the property went under contract only a couple of days after it hit the market. That deal fell through, he said, but 6 Lincoln was back under contract in a matter of days after going back up for sale.

Lewallen said the seller got about four total offers on the building, even with the property on the market for such a short time. Both local and out-of-town real estate investors were interested in the building.

“It’s such an amazing asset, very few exist like this in the city,” Lewallen said. “In many ways, it had the features of a new build without the price of a new build.”

All 39 of the building’s apartments are leased, Lawson said. While drawing tenants and buyers for apartments is no problem in Denver, Lawson said finding a seller is becoming very difficult as landlords who took a hit during the recession are now cashing in on fully leased buildings with rising rents.

“These guys who weren’t making money four or five years ago are now making almost double what they were,” he said. “There’s no reason for them to sell unless they can buy a bigger building and double their income again.”

A recently renovated 40-unit apartment building on Lincoln Street was quickly sold to a firm headed up by a local investor.