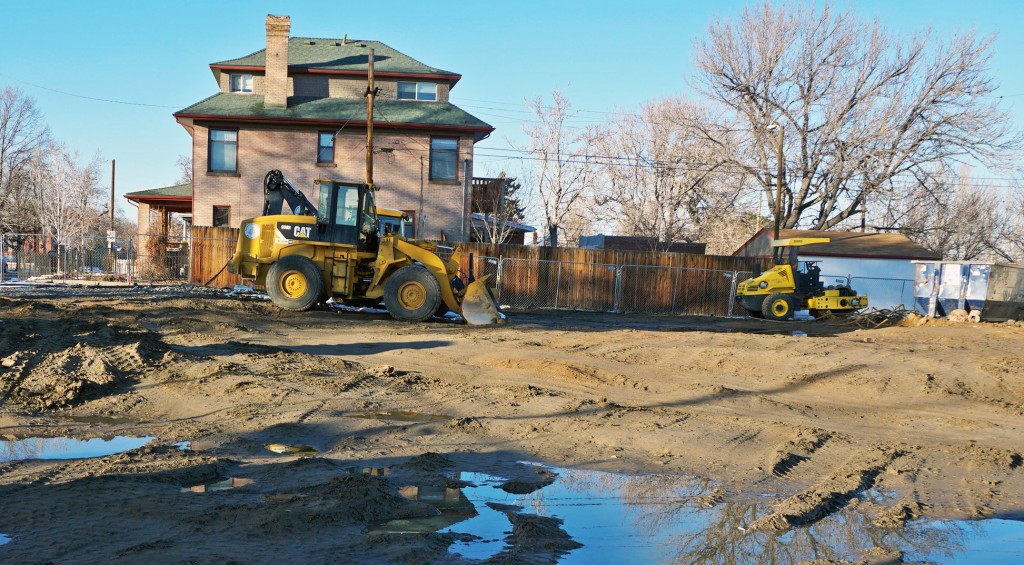 Bank of the West is beginning work on its new branch. Photo by Burl Rolett.

A California-based bank is planting its flag in the Highlands.

Bank of the West is building a new branch at the northeast corner of Tejon Street and 38th Avenue, just a mile east of the bank’s branch at 38th and Lowell.

The new bank will open by mid-year, Bank of the West spokeswoman Michele Scott said in an email.

The branch will take the place of a former Ace Cash Express payday loan and cash advance shop. Littleton-based Facilities Contracting is the general contractor on the site.

The branch at Tejon and 38th will make at least nine Denver locations for Bank of the West. The bank also has branches on Steele Street in Cherry Creek, South Colorado Boulevard and downtown on 17th Street.