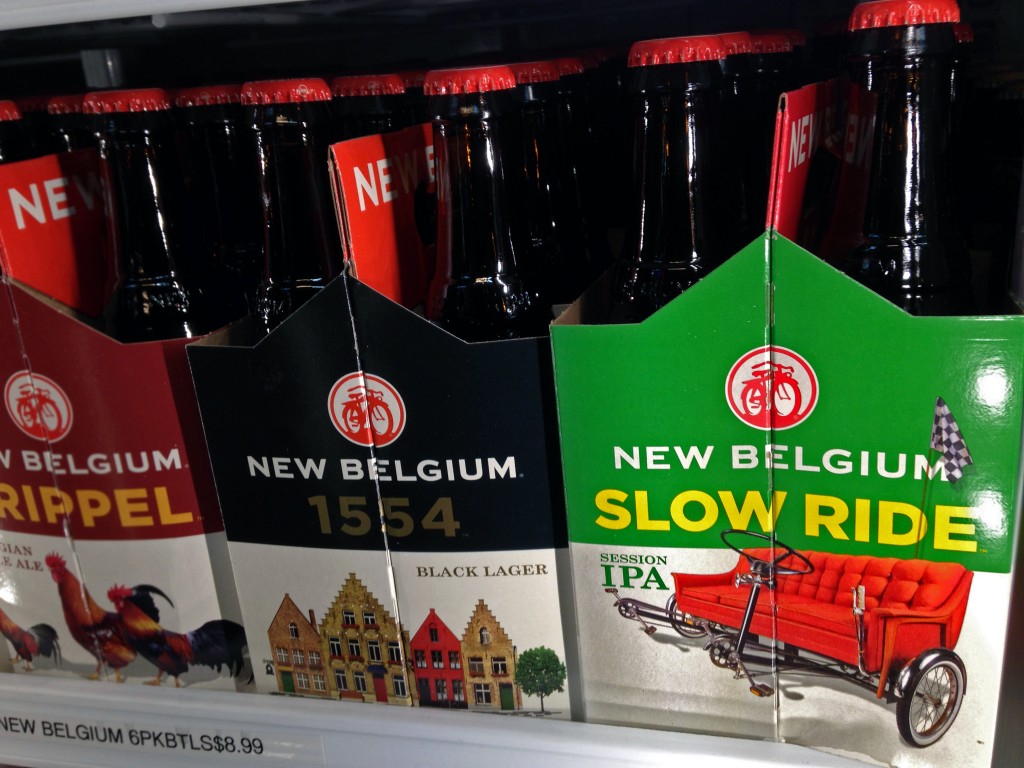 New Belgium is taking another brewery to court over a beer name. Photo by Aaron Kremer.

A naming feud between one of Colorado’s biggest beer brands and a Texas brewery has bubbled over into court.

New Belgium has asked a court to settle the dispute so that it can start distributing Slow Ride in Texas.

“We want clarification,” New Belgium spokesman Bryan Simpson said. “We’re still open to settling this out of court and a coexistence agreement. We are not trying to suppress their brand or (pursue) damages. And if we sit down to the table, we’re open to that.”

New Belgium, which expects to open a plant in Asheville, North Carolina, this fall, has been holding its Slow Ride IPA bottles out of Texas and out of sampler packs.  New Belgium said it will release the beer under the name “New Belgium Session IPA” until the issue is resolved.

New Belgium tried to sit down with Oasis in December, the suit claims. But the meeting and subsequent phone chats went nowhere.

In the two sides’ discussions, Oasis demanded that New Belgium cease and desist all further use of the Slow Ride mark, according to the lawsuit that was filed in U.S. District Court. 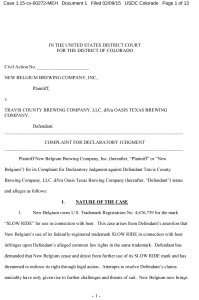 Oasis claimed in a response to the suit on its website that it’s being strong-armed by a larger brewer and said it will continue brewing and canning its Slow Ride beer.

“New Belgium Brewing keeps talking about an ‘amicable’ solution, but never stating what their idea of this actually is,” the company posted on its Facebook page. “It involved either selling our brand to them for a fraction of its worth or signing an agreement that allowed them to come into our markets with a beer of the same name – markets we had clearly established a presence in.”

Oasis posted on its Facebook that it wants New Belgium to keep its Slow Ride beer out of its markets.

“This style of strong-arm intimidation should not exist in an industry whose lifeblood is communal support and collaboration,” Oasis wrote on its website. “We hope that the industry as a whole will take notice of these aggressive tactics and think twice about supporting brands that employ them.”

BusinessDen was unable to reach Oasis.

New Belgium is represented by David Sipiora from the firm Kilpatrick Townsend & Stockton.

The brewery industry has had a reputation for congeniality, but that’s turning more litigious as a flood of breweries battle for clever label names.

“It’s really just math; there are 3,000 breweries with 10 brands each,” Simpson said. “So there’s going to be a lot of overlap … That’s where you’re starting to see a proliferation of contested IP (intellectual property). It’s just a sheer matter of volume.”

More Reading:
Craft Brewers Are Running Out Of Names And Into Legal Spats, NPR

New Belgium is taking another brewery to court over a beer name. Photo by Aaron Kremer.

A large Colorado brewer is taking a Texas beer maker to court over one of its brew names. And both sides claim that they started using the