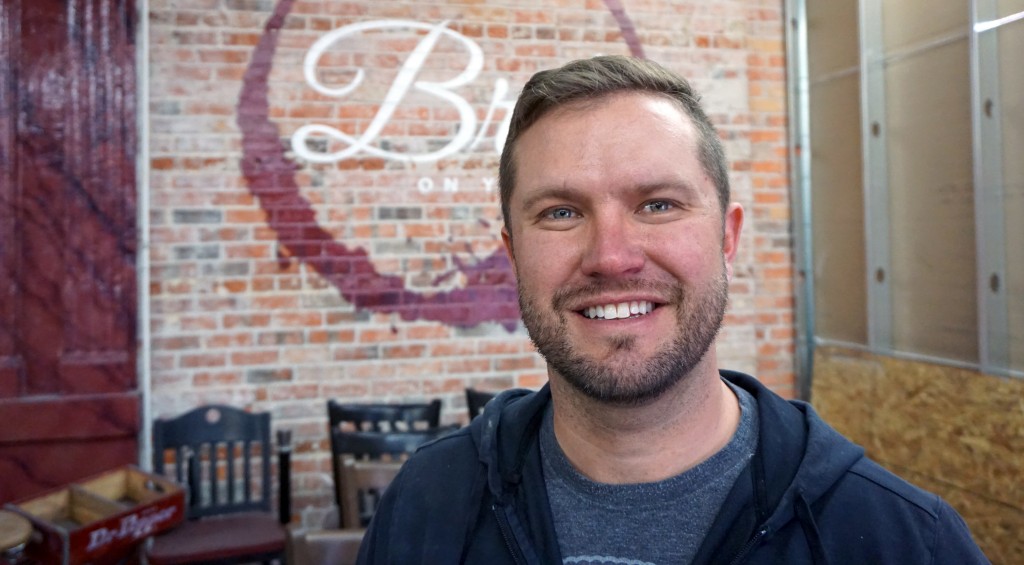 Travis Gee is opening his wine bar and restaurant in April. Photos by Burl Rolett.

A Colorado native back from eight years of wine-related travel is about to uncork a new restaurant concept on Colfax.

Wine bar Brik on York is moving toward an April opening. The restaurant at 2223 E. Colfax Ave. will feature wood-fired oven pizza, about 14 rotating wines and an educational program that founder Travis Gee hopes will set his bar apart from other vino vendors in town.

“What we have here is a platform with a stage, a microphone and a projector to talk to our customers about different wines and different regions,” Gee said.

Gee signed a five-year lease on the restaurant space last fall and will have between $400,000 and $450,000 invested in the business by the planned opening date this spring. The wine bar is an idea he’s been working on for about 10 years now.

“When I got to Napa Valley, it was one of those things that was very interesting for me, so I just kept learning more and more,” he said.

The idea to open a wine bar full-time took root a decade ago, and Gee, no longer selling vet supplies, said he has traveled to South Africa, Argentina, France, New Zealand, Spain and beyond to learn more about wine over the last eight years. 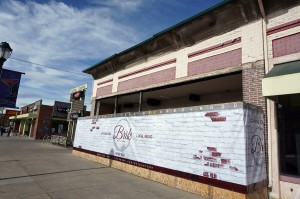 Brik will open at Colfax Avenue and York Street.

Gee, a Denver native, moved back to town to open his wine bar.

He settled on the name while peeling away layers of stucco that had concealed the wine bar’s now-exposed brick wall. Gee chose Brik on York despite its Colfax address because he said the building once housed a theater called Matinee on York.

Pizzas, the dining staple, will run from about $14, and the least expensive house wines will cost about $6 a glass. Gee said his idea is to keep the price for a lower-end wine and meal at about $20.

He has a four-handle wine on tap system for a house white, house red and a sangria, but Gee is hoping even his less well-versed customers will venture up the wine shelf.

Gee bought an apparatus that pumps nitrogen into open wine bottles, forcing oxygen out and preserving the wine for a much longer. That way, he can keep more expensive wines for as long as it takes to go through the bottle in smaller batches.

He’s planning to offer taster pours of wines that might go for $250 a bottle for about $8.

“The beginner would walk into a wine bar and wouldn’t even taste the good burgundies; they’ll go for the cheapest wine instead,” Gee said. “This place is designed for the beginners – people who don’t know wine and want to learn.”

Brik on York is already a full-time job for first-time restaurateur Gee. By opening day on April 3, Brik plans to have about 15 total employees headed by executive chef Shoshana Frost.

Travis Gee is opening his wine bar and restaurant in April. Photos by Burl Rolett.

After years of wine exploration around the world, a Colorado native is about to toast to the opening of his first restaurant in City Park.