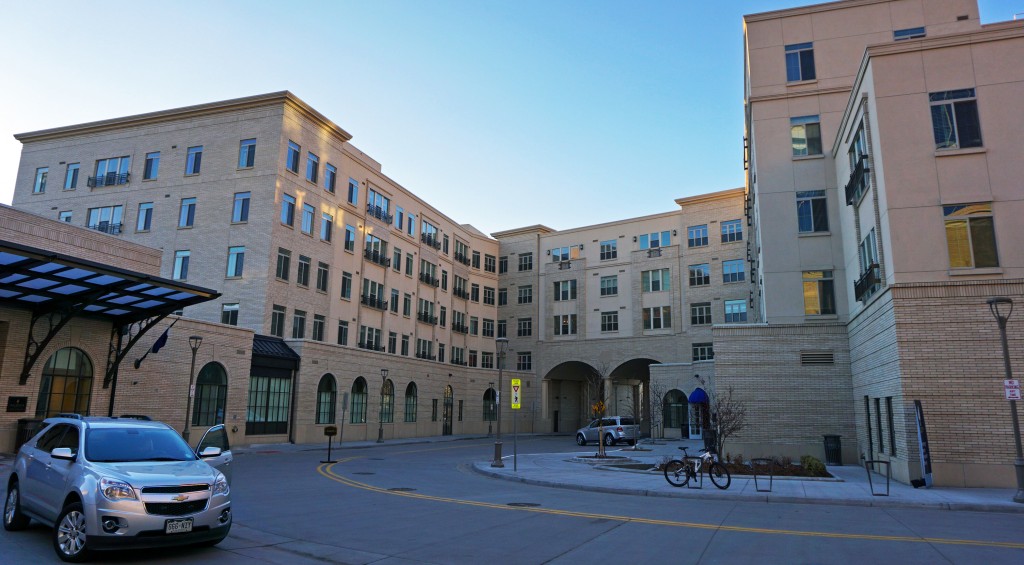 The Balfour at Riverfront Park senior living complex will start moving in residents next month. Photos by Burl Rolett.

Downtown isn’t just for the millennials.

It’s the first venture into Denver for developer and owner Michael Schonbrun, who opened the first Balfour Retirement Community in Louisville, Colorado, more than 15 years ago.

Schonbrun said the urban location near theaters, restaurants, museums and other attractions that seniors frequent as well as complete leg scooter access will be what sets the Balfour apart from other senior living communities. 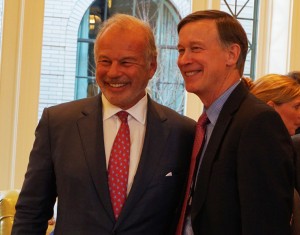 The 205-unit center welcomed its first residents in October and is about half leased so far, Balfour Resident Adviser Matt Mohr said.

The 275,000-square-foot building includes a five-story independent living wing and a three-story assisted living and memory care unit. The two wings are built around the former Moffat Station near 15th Street that has been renovated and now serves as the building’s great hall.

Monthly rents begin at $3,350 for one-bedroom apartments, $4,300 for one-bedroom units with dens and $5,800 for two-bedrooms. Mohr is hoping to have the entire building leased in the next year. 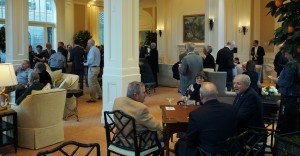 The Moffat great hall was a former railroad station.

There is a handful of affordable housing units left that start at $1,500, Mohr said, and are reserved for renters with incomes that are less than half of the area’s median income.

Rent includes breakfast every day and 15 lunches or dinners per month, as well as housekeeping, utilities and emergency services. The property also has a salt-water pool and a fitness center.

Balfour at Riverfront Park took about a year and a half to build. The project was financed with an investment from AEW Capital and a construction loan from Prudential. Robert A.M. Stern Architects and Klipp Architecture designed the building, and JE Dunn was the general contractor.

The Balfour at Riverfront Park senior living complex will start moving in residents next month. Photos by Burl Rolett.