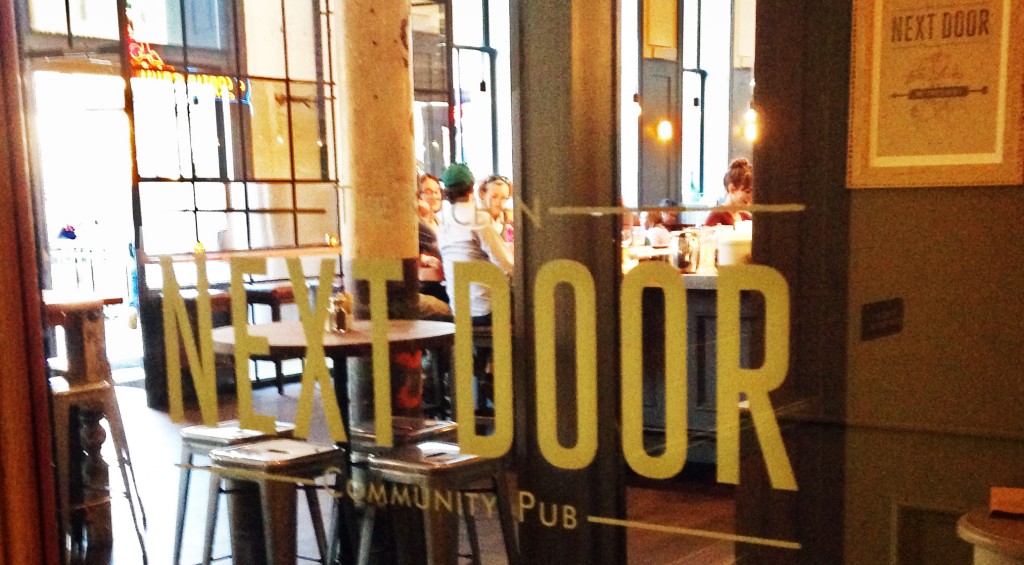 The restaurant group with several locations in Denver, including The Kitchen on along the 16th Street Mall, is suing a Loveland restaurant.

A disagreement between a deep-pocketed Boulder restaurant group with three outposts in Denver and a Loveland restaurant with a similar name has become less neighborly.

The Kitchen Café company, which was started in Boulder in 2004 by Kimbal Musk (brother of Tesla founder Elon Musk), sued Next Door Food & Drink in Loveland in U.S. District Court last week, alleging that the restaurant is violating its trademarked phrase “Next Door.” 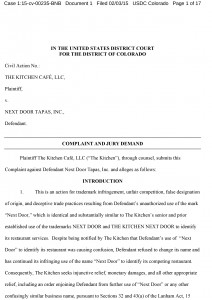 But Next Door Food & Drink claims that it’s being bullied by a much bigger chain and that if it were to change its name, it would cost a steep sum to make sure patrons weren’t confused.

The Kitchen Café says it established a trademark for the name “Next Door” and that it started using the phrase in some of its concepts in 2011. The Kitchen has added pubs with “Next Door” in the name in Boulder, Glendale and Union Station. The suit states that the company plans on adding similarly named restaurants in Colorado and other states in the future.

The Kitchen Cafe claims in the suit that Next Door Food & Drink opened in March of 2012 and that its logos are too similar to Kitchen-branded Next Door logos.

It wants the court to force Next Door Food & Drink to give up the name.

The Kitchen claims that Next Door Food & Drink’s logo (right) and name are too similar to its own.

Jim Edwards, the owner of Next Door Food & Drink, said he has heard of a few customers who wonder if he is part of The Kitchen company over the last year.

“They seem to think they have the rights to it. I don’t believe they do,” he said. “If you follow them, their restaurant is called the ‘Kitchen Next Door.’ Not ‘Next Door.’”

Edwards said he’s not sure whether to fight the lawsuit or relinquish the name. He said he’s grown his revenue at Next Door Food & Drink 20 percent a year for the last three years.

“It’s a big guy versus a little guy,” Edwards said. “Do I fight and sacrifice all this money – which is off-the-charts high-dollar to fight these guys – and show them I own that name, or do I count my losses and move on and try to develop another name?”

Hope Hamilton, a lawyer with Holland & Hart representing The Kitchen, declined to comment.

The restaurant group with several locations in Denver, including The Kitchen on along the 16th Street Mall, is suing a Loveland restaurant.

A Boulder restaurant group with several spots in Denver is suing a Loveland restaurant for infringing on its name and logo.