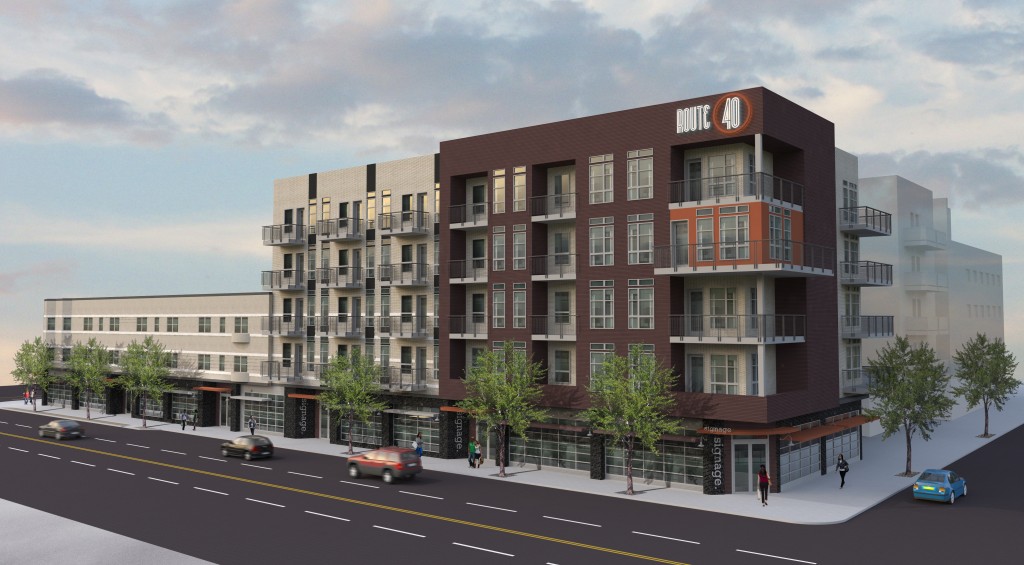 A development firm is selling the land and plans for a 75-apartment building. Rendering courtesy of ARA.

A Denver development firm will break ground on 75 new Colfax Avenue apartments this spring – if it doesn’t sell the land first.

Slipstream Properties is about three months away from starting on a new East Colfax Avenue apartment building. But Slipstream Principal Anthony Loeffler said even more appealing than building from scratch would be to just sell the one-acre plot with all the plans that go with it.

“We were intending to build until about a month ago, but it’s a diversion a little bit from what we do normally – buy old buildings and renovate them,” he said. “We might be able to jump-start some other developer, give him a really short lead time on a project and get our profits out of it sooner than later.”

Slipstream Properties, which also developed buildings in Wash Park, Glendale and Baker, has proposed a new 75-unit apartment building with ground-floor retail and a standalone parking structure for a piece of land that’s currently a parking lot.

The company bought the property on the south side of Colfax Avenue between Corona and Downing streets in October 2012 for $2.725 million. The purchase included an 82-year-old, three-story building at 1060 Colfax Ave. that formerly housed Smiley’s Laundromat.

Slipstream gutted the old laundromat building and put in 28 new apartments in the top two floors. A Subway restaurant moved into the first floor retail space, and Brident Dental recently signed a lease with plans to move in this April.

Slipstream originally planned to double down on its Colfax investment by developing a 55,000-square-foot apartment and retail space next to the existing building. 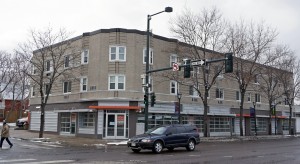 “Zoning allows for up to eight stories, so there is a possibility someone would want to add a little density, but I think the higher probability is they would stick to the five-story plan,” Hunt said. “It’s a rare opportunity because you have existing income in place to support the development play.”

Loeffler said Slipstream hasn’t ruled out going ahead with the development on its own if the planned sale doesn’t fetch an attractive price.

The 28 apartments Slipstream renovated last year are leasing for between $800 and $1,400 a month, Loeffler said.

He said the building filled up shortly after opening, and tenants like the location for its proximity to restaurants, theaters and other attractions along Colfax and 17th avenues.

“People are either Colfax people or not, but there are a ton of people who are Colfax people, and want to be right in the middle of things,” Loeffler said.

Loeffler said he hasn’t nailed down the company’s next project, but will be on high alert for somewhere to put the extra cash if the Colfax property sells.

“We’re always looking for more,” he said. “But it we get a great offer, that’s usually one of the things that kicks us into gear to find another project.”

A development firm is selling the land and plans for a 75-apartment building. Rendering courtesy of ARA.

A Denver development firm will soon break ground on 75 new apartments on Colfax Avenue - but it's hoping to sell the land and the plans instead.