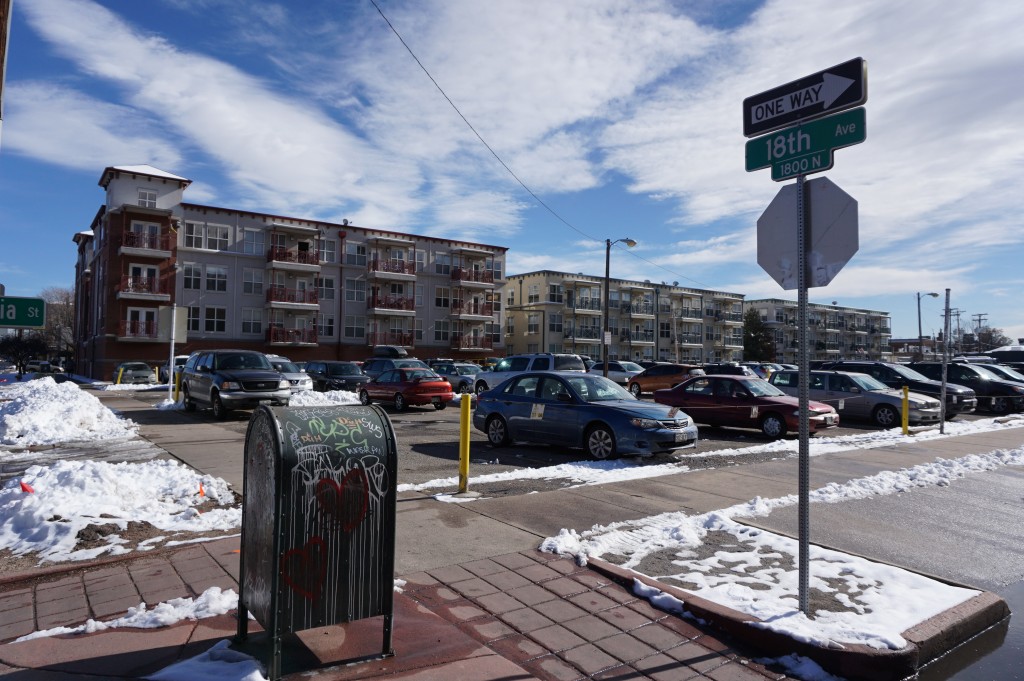 A nonprofit plans to build its new office on the current site of an Uptown parking lot. Photo by Burl Rolett.

A nonprofit with deep pockets wants to turn a parking lot into its new Uptown headquarters.

The Colorado Health Foundation is zeroing in on about 0.7 acres at the southeast corner of 18th Avenue and Pennsylvania Street, with plans to buy the plot from the Denver Housing Authority and build a new 40,000-square-foot office building.

Foundation Vice President Vicky Cavanaugh said it makes sense to build now to get out from under the foundation’s rent payment after its lease runs out in 2016.

“We started with this very simple idea of, could we use the money that we’re spending to lease space in a way that’s more aligned with our mission around health?” she said.

Cavanaugh said she expects to close a land deal in the next couple of months with a groundbreaking on the new building scheduled for fall. If all goes according to plan, the organization will move into its new office in the second half of 2016.

The Colorado Health Foundation is a nonprofit that shells out about $100 million in healthcare-related grants each year from an endowment of about $2.4 billion. It brought in $94 million in revenue in 2012, the most recent year for which tax forms were available.

Cavanaugh declined to say how much the foundation is planning to spend on its new building or how it would be paid for.

She said the foundation has been seriously looking for real estate to build since the beginning of 2014. The housing authority put the Pennsylvania Street site on the market in August.

“I like to joke that we picked a really bad time to have a really good idea,” she said. “We wanted to be a little more centrally located and be close to alternate means of transportation, so light rail was really important, and walkability and bikeability were really important to us.”

Davis Partnership Architects will head up design on the new building. The Post Group LLC will manage the project, and Urban Ventures LLC and YR&G will also have a hand in the building’s design.

The foundation, which has more than 100 employees, currently operates out of its headquarters at 501 S. Cherry St. in Glendale, and it will vacate that location when its lease ends next year.

A nonprofit plans to build its new office on the current site of an Uptown parking lot. Photo by Burl Rolett.

A $94 million healthcare nonprofit has zeroed in on the site for its new headquarters and hopes to start building over the Uptown parking lot in the fall.