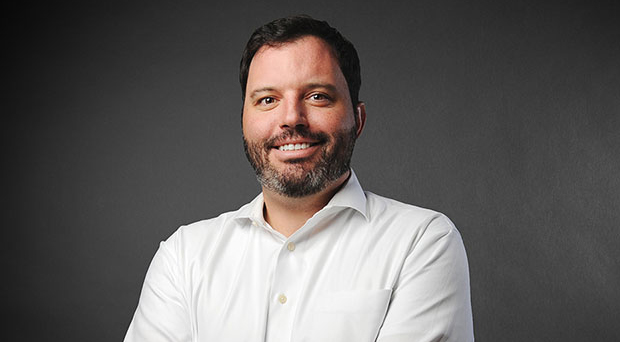 Todd Lindenbaum, founder of locally based Sports Shares, launched a spin-off business to create a marketplace for seats in luxury boxes. Photos courtesy of Sports Shares.

A Denver firm that specializes in fractional ownership for luxury boxes at sports events and concerts has raised $1 million and launched a spin-off website aimed at becoming the Airbnb for luxury suites.

The company, which sells businesses access to a suite at sporting events within a market without actually owning a box in each arena, added seven employees and now has 13.

And it’s working out the kinks of its new sister site, SuiteHop.

“We want to do for the suite industry what StubHub did for regular seats,” Lindenbaum said.

So far SuiteHop has a limited listing of suites at stadiums around the country. But Lindenbaum’s staff can try to find a customer a suite, or just a few seats in a suite, at any stadium.

The plan is to bring in more buyers and sellers and eventually become a box seat marketplace where people who have box seats and can’t make it to an event can rent out their spots. SuiteHop would charge a transaction fee for the service.

It’s a niche Lindenbaum said the big players haven’t devoted much time to.

“Suites are marketed as business-to-business. But there’s an opportunity to open that up,” he said. “We can make a suite available on a per-seat basis.”

Sports Shares gives its clients access to a luxury box at almost every venue in the three cities where the company operates: Denver, Dallas and Atlanta. Sports Shares also staffs the box with employees and manages the catering.

With the SuiteHop offshoot, Sports Shares can put up tickets to a suite for sale on SuiteHop for any game where no clients were planning on attending. But the larger benefit comes by using SuiteHop to discover markets that could support a Sports Shares location. Lindenbaum mentioned Washington, D.C., as a potential fourth market.

“With Sports Shares, the biggest barrier to entering a new market is upfront – acquiring inventory and members,” Lindenbaum said, referring to the cost to buy a suite for all a region’s major sports teams.

“Suite Hop will show us which markets have the most traction by selling excess capacity,” he said.

Sports Shares expanded to Dallas in 2010; and it was a move that almost sunk the company, Lindenbaum said.

“We took the build-it-and-they-will-come approach and we signed leases at arenas but didn’t ramp up membership sales quickly enough,” he said. “But it was a good learning lesson, and now we are taking a smarter approach.”

Lindenbaum got his start in the ticket business working for the San Francisco Giants. He moved Sports Shares from Atlanta to Denver in 2007. Most of Sports Shares’ clients are businesses looking to use the boxes for entertaining.

“The advantage of a suite is that it was built with the corporate market in mind,” he said.

“The suite is very fluid and you can walk around. You are not going back and forth for beer or a hot dog. You can sit and take care of a client … the suite is a really contained environment where you can comfortably spend three or four hours.”

Todd Lindenbaum, founder of locally based Sports Shares, launched a spin-off business to create a marketplace for seats in luxury boxes. Photos courtesy of Sports Shares.

After raising $1 million from friends and family, a Denver-based firm is taking a page from the Airbnb playbook. The goal for the sister site is to connect people all over the country searching for luxury suites at events and games and vet cities for expansion.