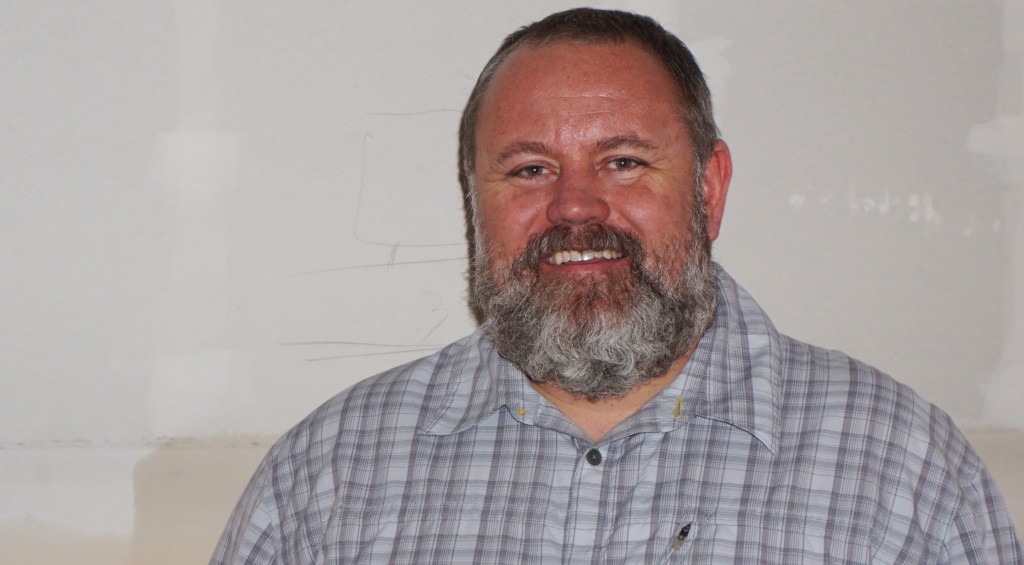 James Williams is launching a new homebrewing concept with his wife. Photo by Burl Rolett.

By early spring there will be a new brewery in Denver where beginners can learn the trade and experienced brewers can buy supplies and experiment on more professional equipment.

Husband-and-wife duo Jamie and Janna Williams plan to launch Co Brew at 1133 Broadway in April as a homebrew retail store and a learn-to-brew room where customers can make their own batches on Co Brew’s equipment.

For a flat fee, Co Brew will supply customers with beer-making ingredients and help them brew up 20 gallons of beer. Then Co Brew can bottle or keg the finished product a few weeks after brew day.

“What we’re really going for is people who are trying to get into the home brewing hobby, but they haven’t done it,” Jamie Williams said. “Either because it would be too expensive to start out or they don’t have the space to brew at home.”

Williams, a homebrewer of about 10 years who recently left a fulltime job at Audi, said he and Janna thought up the idea for Co Brew in 2013. The twosome, both from Arvada, will invest about $500,000 funded through personal savings and a loan from Wells Fargo.

Williams, 41, said he expects about 70 percent of revenue will come from supply sales. The remainder will come from taproom beer sales and learn-to-brew customers.

“There’s only one good homebrew supply store, and it’s in Aurora,” he said. “So all of us are driving all across town.”

See the plans for the space (PDF)

Co Brew has a five-year lease on about 3,000 square feet at 1133 Broadway. About 2,000 square feet will be a retail shop that will stock homebrew essentials, including both beer ingredients and brewing equipment.

The home brewing classes will be broken up into beginner, moderate and advanced packages.

While he hasn’t nailed down final prices, Williams guessed it might cost $200 for a group of four people to brew a 20-gallon batch of beer at Co Brew. Williams is also hoping he can bring in businesses for team-building brewing.

The brew-your-own beer concept has taken off in other parts of the country, Williams said. He’s taken pointers from Baltimore’s Nepenthe Homebrew and Bitters & Esters in Brooklyn. But there’s no similar place in Denver, he said.

Once Co Brew is up and running, Williams said, it’ll be able to store about 80 different 20-gallon batches of beer at a time. The brew room will have enough space for about four groups to brew at once. It takes a few hours to do the actual brewing, Williams said, and another couple of weeks at least for fermenting.

The Williams family will also build out a bar and tasting room near the back of Co Brew to showcase their own beers. The house beers will be brewed in 80-gallon batches, Williams said, and he plans to open with six beers on tap.

As the business grows, Co Brew will hold brewing competitions with its customers and put the best recipes on tap in the company’s tasting room.

“What we want to do is set up having the beer judged by actual cicerones,” he said. “At first, though, it’s just going to be our own taste tests.”

James Williams is launching a new homebrewing concept with his wife. Photo by Burl Rolett.

A new beer concept is in the works that will give new homebrewers a chance to test the waters and veterans a place to buy supplies and work in a more professional setting.