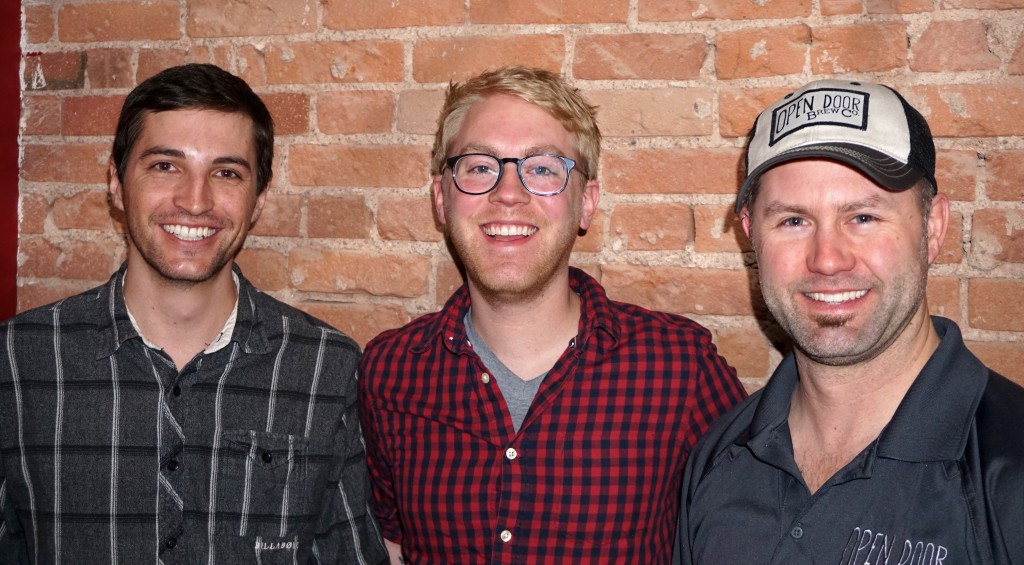 Another Boulder-based beer brand is close to launching with a big tweak to the standard microbrew business plan.

Andy Riedel hopes to launch Open Door Brew Co. soon with college roommate Michael Badaracca and fellow home-brewer Billy McDivitt. It’s an idea Riedel came up with while studying architecture and engineering at the University of Colorado and home brewing for fun.

By the time commencement rolled around, Riedel had decided to trade blueprints for barley.

“It came to a point where I was getting my degree and thinking, this is what I want to do with my life,” he said of home brewing.

Over the past three years, Riedel pitched Open Door to several investors. Some seemed excited about the idea, Riedel said, but when it came to time to open up the check book, enthusiasm evaporated.

Riedel figured it would cost at least $250,000 to start up even the most rudimentary brewery. That figure includes $150,000 for a seven-barrel brewing system, more than $20,000 for a year’s rent on the smallest chunk of Boulder real estate and another $20,000 for kegs and canning equipment.

“You would easily be at a quarter million before you could get a can out the door,” McDivitt said. 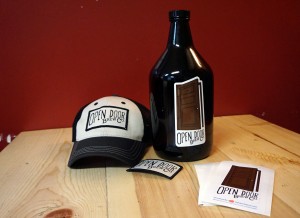 But Open Door’s founders said they are finalizing a deal with contract brewery Sleeping Giant, a nascent beer factory near downtown Denver.

Open Door will give Sleeping Giant its recipes and order a set volume of beer, and the contract brewer will do the rest.

The brewery will order 25 barrels in the first run, Riedel said. Open Door will pick up the beer when it’s ready, then sell it by the keg and by the case to local bars and liquor stores.

Even without the investment in brewing equipment, Open Door will drop $125,000 to $150,000 on the business before they sell their first beer, McDivitt said. The company is funding the operation with loans.

The biggest costs, McDivitt said, will be the kegs they buy through Sleeping Giant and a delivery truck to schlep suds from the brewery to store shelves and restaurant taps.

“I don’t worry about being able to sell the beer,” McDivitt said. “It’s more the logistics and getting everything together.”

McDivitt and Riedel are confident they’ve got a good beer, but said they’ve never brewed it at a major industrial brewing scale. Riedel said it will help to have a group of more experienced brewers making Open Door’s product. Sleeping Giant is staffed with veterans with decades of experience at Coors.

“Anyone who buys their own brew house is maximized by their equipment and the time in the day,” McDivitt said. “We have a scalability a lot of small breweries can’t achieve.”

Open Door will begin brewing in the next few months and plans to have its first batches ready for sale about six weeks after the brewing begins. The brand will start with two flagship beers: its Libertas Cream Ale and Over the Moon Milk Stout.

Open Door is aiming to have its beer in about 20 bars and restaurants during its first year. The startup has a target list of about 30 places it hopes to work with between Denver and Boulder, and Riedel said he has an eye on larger stores that host beer tastings where Open Door could show of its product.

“Colorado is a great place to be because stores are always looking for craft beer to put on their shelves,” he said. “And some of the big stores have enough space to stock newer breweries.”

Riedel said the company may start looking into its own tasting room in Open Door’s second year.

Coming up with its own brewery is a longer-term goal, but Open Door’s founders haven’t put a precise timeline on that plan.

For now, the three of them are hoping to begin transitioning into the brewing business fulltime. Right now McDivitt works in project management, Badaracca works as a freelance software developer and Riedel sells suits at Nordstrom.

“I just want to be breaking even, and maybe able to pay ourselves a year from now,” Riedel said.

Another Boulder-based beer brand is close to launching, but its starting off without its own brewery space.