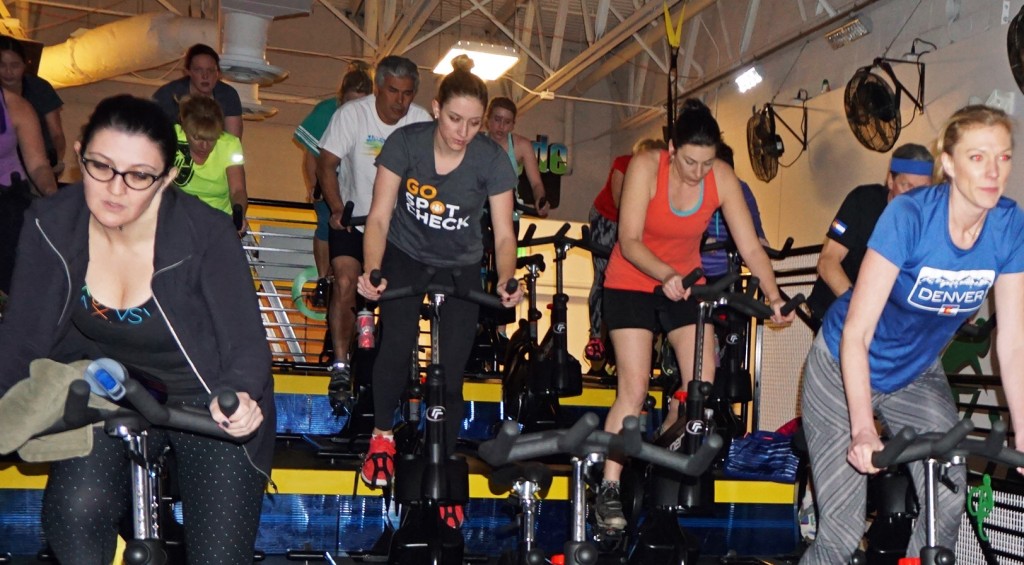 Riders participate in a class at Epic Ryde. Photos by Burl Rolett.

An Edgewater bike studio is packing up and pedaling over to a bigger space in RiNo.

Epic Ryde, a 3-year-old bike studio on Sheridan Boulevard, is moving to Larimer Street in River North in March. It’s a location founder Lori Melchior liked for its proximity to coffee shops, breweries, restaurants and other businesses cropping up.

“Our cyclists are enthusiastic about coming and working out, but they also like the social side of it,” she said. “There’s just so much goodness to be had in that particular spot, you’re right at the epicenter of all the growth that’s going on.”

Epic Ryde is taking 3,000 square feet of a warehouse-conversion development that is still under construction at 2823 Larimer St. That’s about twice the size of the space the gym will vacate at 2045 Sheridan Blvd.

The company will move its 21 RealRyder bikes – stationary bikes that sway back-and-forth as the rider shifts weight from side-to-side – and its 10 TRX band stations over to the new RiNo studio. 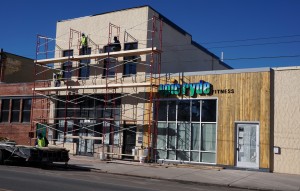 Epic Ryde plans on expanding its TRX package on Larimer Street. Melchior is ordering 20 new sets of TRX straps to give the studio a total of 30. She’ll also add 12 new Rip Trainers, a resistance-cord training product also made by TRX.

Melchior also sells packages good for five or 10 workouts and said she may have 100 of those out at any given time. She said she hopes to see the gym’s membership at least double in its first year in RiNo.

“We’re doubling in size; I don’t think there’s any reason our membership can’t double with the easy accessibility and the people already in the area,” she said.

Epic Ryde is about at capacity for classes at the Edgewater gym. Melchior said she’ll expand her offerings in RiNo to include a new Pure Rip TRX class as well as a Family Ryde stationary bike class aimed at kids and adults.

She also said she expects lunchtime rides could take off in her new location near downtown offices.

“The awesome thing about moving downtown to RiNo is a lot of our members live in the Highlands or the lower Highlands, but a lot of them work downtown,” she said.

Epic Ryde signed a five-year lease for its space in RiNo. Unique Properties broker Tim Finholm handled the lease on behalf on the landlord’s behalf. Finholm said there is still one 1,700-square-foot suite and a 5,000-square-foot block of space up for grabs next-door to Epic Ryde.

Riders participate in a class at Epic Ryde. Photos by Burl Rolett.

A cycling studio and gym in Edgewater is doubling its space in a new location in RiNo.