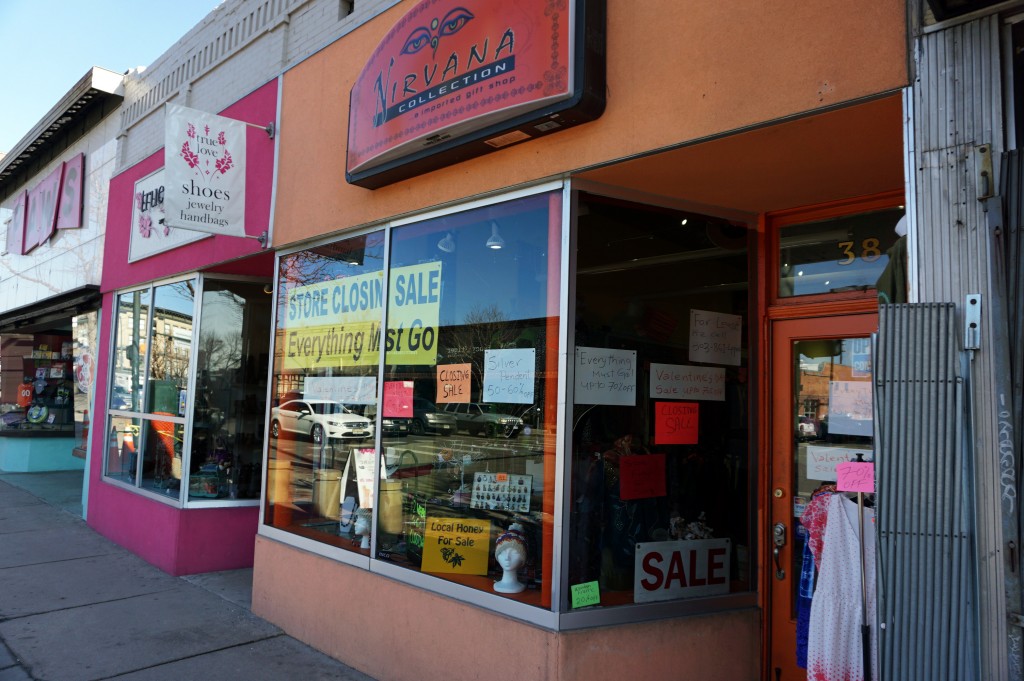 A longtime retailer is closing down on Broadway. Photos by Burl Rolett.

As rents climb for retail space around Denver, a South Broadway shop has decided not to bring its expired lease back to life.

Gift shop Nirvana Collection will close its store at 38 Broadway at the end of the month, owner Bidur Shrestha said. The shop’s seven-year run will end, Shrestha said, because he’s staring down a rent hike and struggling with competition from lower-price retailers nearby.

“We were planning to stay here, then we talked to the landlord,” he said. “Rent is going higher everywhere around here.”

Nirvana Collection’s lease ends at the end of January. The store leases 1,752 square feet between a street-level shop and a basement. William Feinberg Cos. is currently marketing the space at $25 per square foot for the main floor and $5 per foot for the basement, which comes out to a combined lease rate of $15 per square foot.

Shrestha said it was a price Nirvana Collection couldn’t afford. He said the per-month rent on a new lease would more than double the amount he first paid after opening in 2008. 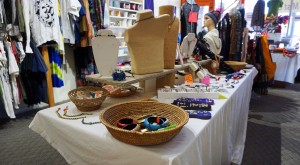 Nirvana will shut down by the end of the month.

The space at 38 Broadway won’t stay vacant for long. A representative from William Feinberg Cos. said the firm has a lease out for signature to a new retail tenant.

The South Broadway corridor has seen consistent rental increases over the past few years, Larimer Associates broker Pat McHenry said. New retail and restaurant tenants have done well along Broadway, and McHenry said in turn more businesses have been drawn to the area, driving up rent.

Broadway’s biggest selling point, she said, is its location in the middle of Baker, Wash Park West and Speer, coupled with the strip’s ability to draw shoppers and diners in from other parts of town.

“Broadway has a combination of destination traffic – people like to go down there, they see it, they know it – but it also has really strong residential neighborhoods on both sides of Broadway,” McHenry said.

Nirvana Collection sells a range of imported goods, including apparel, jewelry, incense and home decor items mostly sourced from Nepal and India. The store has a second location in Georgetown that Shrestha said will remain open for the time being.

As for the Denver store, Shrestha said Nirvana Collection is looking for another space but will probably wait until the end of 2015 before opening a new shop. He’s looking into the Cherry Creek area and considering starting up a mobile cart.

Shrestha said rent in Cherry Creek would likely be even more expensive than along South Broadway, but he’s hoping he can make up the difference in increased sales.

“It’s worth it to pay more for the traffic over there,” he said.

A longtime retailer is closing down on Broadway. Photos by Burl Rolett.

As rents climb for retail space around Denver, a South Broadway shop has decided not to bring its expired lease back to life.