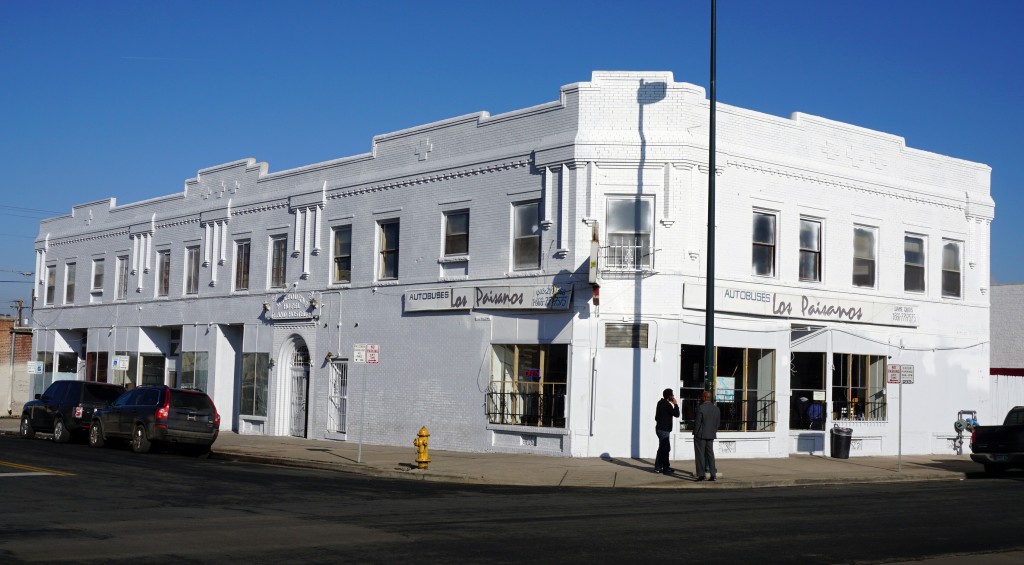 A former hostel in Five Points is being revamped into apartments. Photos by Burl Rolett.

The rooms at the Melbourne Hostel in Five Points are about to get nicer. A lot nicer.

Local developer Amin Suliaman has waited five years to buy the property at 607 22nd St. that until it closed, rented dorm beds for as little as $16.50 a night. Sheets were an extra $3.

“We worked on a deal for a while with the original owner, but back then the area was really rough, so it didn’t underwrite,” he said. “For the price point they were looking for, it just didn’t make sense.”

A half-decade later – and with apartments, townhomes and businesses sprouting up all over Five Points – Suliaman’s company, The Loft Brokers, is investing $2.8 million to renovate the current Melbourne Hostel building. The property will be converted into nine apartments with commercial space on the ground floor that Suliaman is pitching to restaurants and a yoga studio.

The Denver-based development firm bought the 108-year-old white brick building last month for $1.8 million and plans on spending another $1 million on renovations that have already begun.

The apartments will be a mix of one-bedroom units and studios. Each room will have its own iPad and iPhone charging stations, Suliaman said, and the building will share a small dog park, an off-street parking lot and a small fitness center. 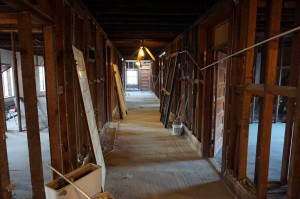 Construction has started to gut and renovate the interior of the building.

Suliaman said he doesn’t have target rental rates worked out yet for the apartments, but expects they will debut slightly below the average market rate for the Five Points neighborhood. He expects the first-floor commercial space will be ready about the same time as the apartments.

Right now, Suliaman said he is working with a couple of different suitors for the planned restaurant space. The property may also hold a small, upscale retail liquor store in addition to the restaurant and yoga studio.

“We’re a residential builder first, but we believe that you can’t keep throwing up addresses without providing that group other services,” he said. “With this part project, we knew we needed to do something that would keep people there.”

The Melbourne Hostel will be at least the third adaptive reuse project for The Loft Brokers in Denver.

The company also renovated a building at 1045 Lincoln St. into office space and turned a former Star Sam grocery store at 33rd Avenue and Williams Street into six condos.

The Loft Brokers are financing the Melbourne renovations with a loan from Centennial Bank.

Paul Pushnik is the building’s architect and RM Commercial is the general contractor. Real estate investor Kenneth Ware also has an ownership stake in the project.

One key piece of the project is still up in the air – what to call it. The working title, at least on the company’s website, is “The Rail.” Suliaman said he was leery that a Google search of Melbourne in Denver might turn up bad reviews from the hostel that previously sat there.

But more recently Suliaman said he has warmed to finding a way to hold on to the Melbourne name.

A former hostel in Five Points is being revamped into apartments. Photos by Burl Rolett.

After being operated at a cheap hostel where room rates could dip below $17 a night, a Five Point property is being renovated into apartment and commercial space.