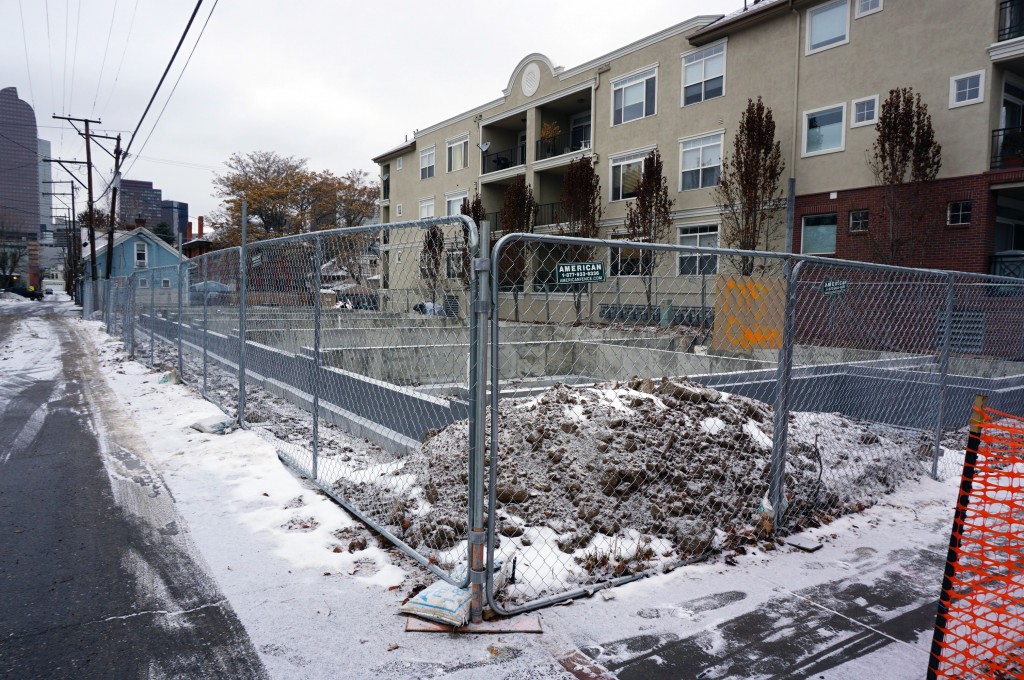 New town houses are going up on Ogden Street. Photo by Burl Rolett.

What’s an Uptown townhome without a rooftop hot tub?

Foundations for six new townhomes are in place at Uptown 6, a new residential development near 17th and Ogden streets. The project is on track for completion this September, Kentwood City Properties broker Liz Richards said. And two of the homes are already spoken for.

“We launched in December, which is always a tougher month – a lot of people put their searches on hold,” she said. “So the fact that we’ve got two under contract off the bat with some strong interest, I’m pretty confident.”

Uptown 6 stretches from 1715 to 1725 Ogden St. Rubix Group LLC took over the Uptown 6 property after buying the land in June of last year for $700,000, city records show. Rubix Group representatives could not be reached for comment on the project. 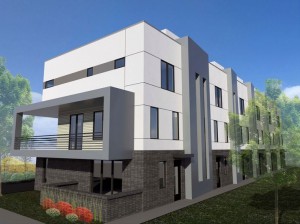 Townhomes will come in at about 1,900 square feet between four stories and are priced from $550,000 up to $590,000. Units include two-car attached garages, living room fireplaces and rooftop decks designed to house a hot tub. The complex’s floorplans even outline specific plots for the Jacuzzis.

Extra second-story deck space and added windows account for higher prices on some of the units.

“You seem to have in Denver these different barriers of price point, you have a lot of inventory in the 450s and a lot of stuff over $600,000,” Richards said. “It’s hard to get this kind of quality and square footage under $600,000, so I think it definitely serves a niche in the marketplace.”

Uptown 6 is at least the second recent townhome project for its immediate area, following a seven-townhome project at 1818 Clarkson St. That complex, just one block northwest of Uptown 6, sold out each of its units in pre-construction at sales prices ranging from $427,000 to $453,000. Those deals closed between September and October of last year, city records show.

Richards, who is marketing Uptown 6 along with fellow Kentwood real estate agent Deviree Vallejo, said that townhomes in Uptown tend to sell quickly. She attributed strong sales to the neighborhood’s proximity to downtown as well as nearby shops and restaurants.

New town houses are going up on Ogden Street. Photo by Burl Rolett.

New townhouses are on the rise in Uptown - complete with designated space for a Jacuzzi.