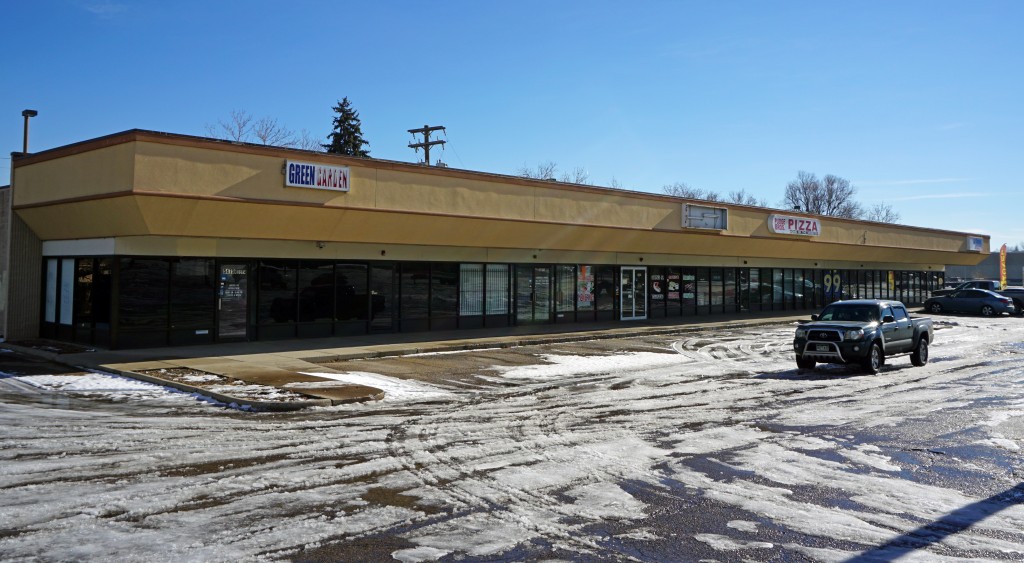 A developer has big retail and residential plans for a mostly vacant shopping center near Sheridan Blvd. Photos by Burl Rolett.

An Atlanta developer is starting 2015 by tweaking its blueprint for a run-down vacant grocery site in Edgewater.

Trinity Development has freshened up plans for a mixed-use project at the former King Soopers at 22nd and Depew streets, four blocks west of Sheridan Boulevard.

The latest iteration of the 6.7-acre redevelopment now calls for a cluster of town homes, in addition to 100-plus apartments and 50,000 square feet of retail and restaurant space anchored by a future upscale grocery store.

Vincent Riggio, a principal with Trinity Development, said landing a grocer will jump-start the whole plan. And while no tenant has signed on yet, Riggio said prospects he’s chatted with are bullish on Denver.

“Most of the natural grocers are just starting to expand in Denver: Whole Foods is, Sprouts is, Lucky’s is, so is Alfalfa’s,” he said. “I see that we’re as competitive as anyone else, maybe a little more so, because if you look at how many natural grocers are on the west side of Denver, we have the least amount.”

The property, which runs along Depew Street between 20th and 22nd, hosted a King Soopers until the grocer moved into a larger store on Sheridan Boulevard more than a decade ago. 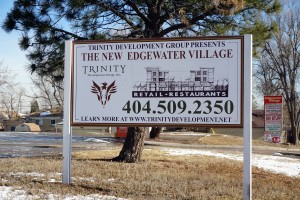 The city is waiting for Trinity Development to fill 50,000 square feet before it will finalize the sale.

The site now sits largely vacant, except for a Mexican restaurant and a liquor store. The former grocery store, the strip mall and the liquor store are all owned by the city of Edgewater, which bought the building in 2004 from Dillon Real Estate Company Inc., Jefferson County records show.

Edgewater City Manager HJ Stalf said a municipality will scoop up prime development land to have a say in what sort of tenants move in.

“It’s an adaptive reuse that’s important to our city’s commercial development,” he said. “So it’s quite common for a city or an urban renewal organization to purchase land to take control of it.”

Trinity Development has the land under contract to purchase from the city of Edgewater. The current purchase and sale agreement dictates that the sale can close once Trinity has 50,000 square feet worth of signed leases for the new Edgewater Village.

Stalf said Trinity’s latest extension gives the company another eight months to secure retail tenants. The final sale price on the 6.7-acre site, should Trinity find a retail tenant, will be at least $2 million but could float higher, Stalf said.

The biggest challenge to leasing up the space, Riggio said, is that it sits a few blocks off busy Sheridan Boulevard. Still, he said the site hosted a thriving retailer before and the site could boom again.

“You had a store there doing well that wanted a larger presence across the street,” he said. “No retailer would go from a 40,000 square foot store and open a 65,000- or a 75,000-square-foot store unless that store had been doing very well.”

Development plans also call for between 100 and 125 apartments on site and, in the latest plan, a new row of five or six townhomes. Those for-sale homes will run between about 2,000 and 2,300 square feet. 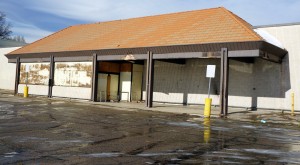 The shopping center hasn’t held a grocery anchor in more than a decade.

Riggio said that new homes of that size are fetching more than $400,000 in Edgewater.

The apartment project will have between 100 and 125 units ranging from studios to two-bedrooms. Riggio said Trinity has not yet worked out target rental rates.

Riggio added that the plans are conceptual. No site plan for the development has been approved by the city. He declined to release an updated layout for the project before receiving approval from the city of Edgewater.

Construction on the residential portions will not begin until work on the retail project starts. For now, Stalf stressed that getting a high-quality tenant is more important for the city than filling the space as soon possible.

“It’s the last major development opportunity in our city of significance,” he said. “We and Trinity have some pretty high standards – that’s one of the reasons to have patience and take your time to make sure you get the right match.”

For Trinity’s part, Riggio wants to make sure he’s not redoing the same project decades down the road.

A developer has big retail and residential plans for a mostly vacant shopping center near Sheridan Blvd. Photos by Burl Rolett.

An Atlanta developer is starting 2015 by tweaking its blueprint for a vacant grocery site in Edgewater. But before any land changes hands and construction crews arrive, the developer must first land a new grocery anchor.