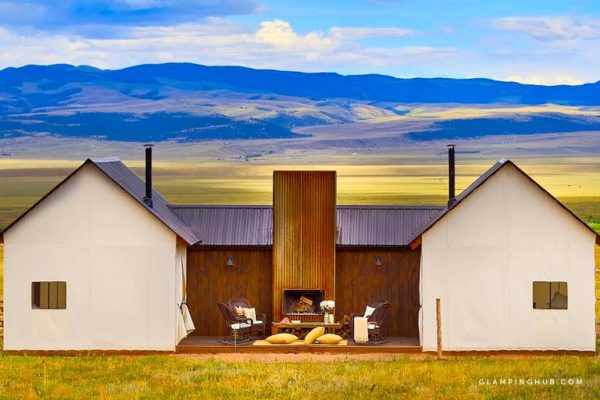 Coloradans are back in force booking vacation stays.

Glamping Hub, an Airbnb-like startup with U.S. operations based in Denver, and which lists 1,300 teepees, yurts and other atypical rentals in Colorado, has had a surge in customers this month.

“People aren’t going to be ready for cruise ships; hotels are going to be too eerily similar to self-isolation; international travel is unpredictable and complicated,” said co-founder Ruben Martinez.

Property owners can list cabins, treehouses, safari tents or other unusual rental housing for guests to book on GlampingHub.com, which has a wide variety of listings throughout Colorado, including a ski-in, ski-out yurt near Telluride and a teepee near Gunnison.

“In May, we’ve had 10 of our best days, not only pre-COVID but in the history of the company,” Martinez said.

The booking company, which has an office in Denver near I-25 at 990 S. Broadway, was hit hard in February through mid-April as travel ground to a halt. The site received only 8,000 visits a day in March, compared to the 40,000 it receives now. Cancellations were abundant, Martinez said, and the company cut 20 employees, about half of the staff.

Despite a few slow months, Martinez said demand is consistently outpacing the supply of listings. Some property owners are booked for June and July, and he said one of the most popular listings in Colorado is the large safari tents in Canon City, Sedalia or Colorado Springs. 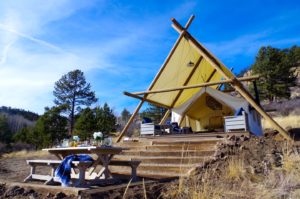 A safari tent listing in Colorado.

“This is what the global trend is right now. People need to do something and need to get out of their house and honestly, there are not a million options out there,” Martinez said. “The outdoor space is just really well-positioned right now to take on the first wave of travelers.”

The company, which Martinez co-founded in 2012 in Spain, is hiring back its employees and hopes to return to a full staff by month’s end.

He also said property owners are taking notice of this shift and are starting to develop more destination projects across the state.

“I would have honestly guessed as the pandemic was underway that a lot of these big projects would have stopped or stalled, but we’re seeing the opposite,” Martinez said.

“In May, we’ve had 10 of our best days, not only pre-COVID but in the history of the company,” said a co-founder of Glamping Hub.