The general manager of the Cherry Creek Shopping Center is stepping down after 23 years in the position.

But Nick LeMasters, who has overseen the mall since 1996, isn’t going far. He will take over as CEO of the Cherry Creek North Business Improvement District on Nov. 1, the organization’s board announced Wednesday.

“I look forward to having an impact on the greater Cherry Creek North community,” LeMasters told BusinessDen.

LeMasters said he was not out there looking for a job, but said “someone planted the seed with me” and he ended up pursuing the role. LeMasters succeeds Julie Underdahl, who joined the BID in 2007; since her departure earlier this year, Jenny Starkey has served as interim CEO.

“I really feel that Cherry Creek North, its best days are ahead of it,” LeMasters said, saying it was too early to discuss BID priorities.

The BID is a public organization primarily funded by private commercial taxpayers that works to promote the Cherry Creek business district. Established in 1989, its boundaries extend 16 blocks, from 1st Avenue to 3rd Avenue, and from University to Steele Street. The mall is outside those boundaries.

In a statement, Eric Buchanan, chairman of the board overseeing the BID, said, “Nick’s experience in contributing to the economic development of Cherry Creek, alongside his impressive background in supporting tourism in our city and state, ensures he is the right leader to continue to advance Cherry Creek North as a premier outdoor lifestyle destination.”

In recent years, under LeMaster’s leadership, the core of the mall has largely stayed full, attracting luxury brands and ecommerce brands such as Casper and Peloton. Outer reaches of the shopping center have seen changes, with The Container Store and Macy’s Furniture moving to the east side from the increasingly barren west side. Redevelopment of the west side of the mall has been discussed in broad terms, but Taubman never has disclosed a specific vision or timeline.

LeMasters said he is proud of his role “in maintaining the relevancy of this asset.”

“When you think back to what it was in 1996 versus what it is today, it’s a different shopping center,” he said.

LeMasters said he’s still determining what day will be his last with Taubman. 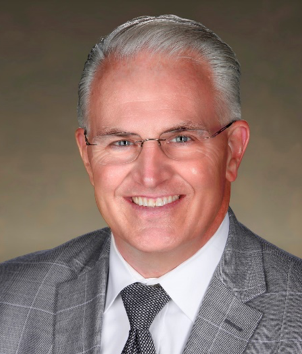