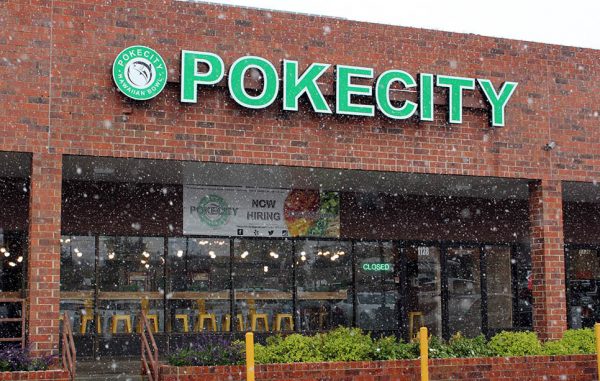 Jay Yoon is poking around new retail locations all over Denver as he expands his sushi bowl chain.

Yoon opened the first PokeCity restaurant in October in the Denver Tech Center. The restaurant offers Hawaiian-style bowls, filled with raw fish and rice with vegetables and sauce.

By January, he decided to expand, picking up a larger location in Glendale on South Colorado Boulevard and East Mississippi Avenue. He said that spot should open this month and is 2,000 square feet, which Yoon said will allow him to add more dining seating space, as well as take-out and delivery services.

Yoon is hoping the traffic on Colorado Boulevard will help to keep the restaurant busy.

A third location at South Broadway and Englewood Parkway is also in the works. Yoon, who has been working with David Hicks and Lampert to find new spaces, said he wants to also add locations on the 16th Street Mall and in Westminster. But hiring staff has been a challenge, despite a social media push on Facebook and offering signing bonuses for employees who work with the restaurant for six months, Yoon said.

And he’s up against a booming poke land grab by competing chains. Chicago-based Aloha Poke Co. announced this week that it’s coming to RiNo. 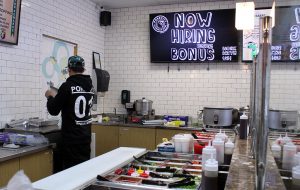 And Platte Street will get two new poke restaurants. Poke House will open on Platte and 17th Street this summer and Denver Poke Co. will open across the street at 1550 Plate St.

Yoon’s Broadway location won’t be open until June of next year, giving him time to find people. One way that he copes with hiring woes has been to bring in friends from California to help with management at PokeCity. His family members also work at the restaurant. Other locations will have to wait until he can find staff.

“I know how to set up businesses easily and fast,” he said. “I think there’s a lot of opportunity in Denver, she’s growing.”

Yoon first moved to Colorado from Korea more than 25 years ago. He spent 10 years in Denver before moving to California. There, he spent more than 15 years working in the restaurant industry. Once he came back to the Denver, he decided to open a poke restaurant. While poke spots were popular in California, Colorado had yet to catch on, and Yoon saw an opportunity.

Now that PokeCity has gotten off the ground, Yoon is hoping to start other restaurants as well. He’s looking into starting a Korean barbecue restaurant as well as another bowl themed restaurant with different kinds of meats.

With one established outpost in the Tech Center, Jay Yoon is poking around new retail locations all over Denver as he expands his sushi bowl chain.