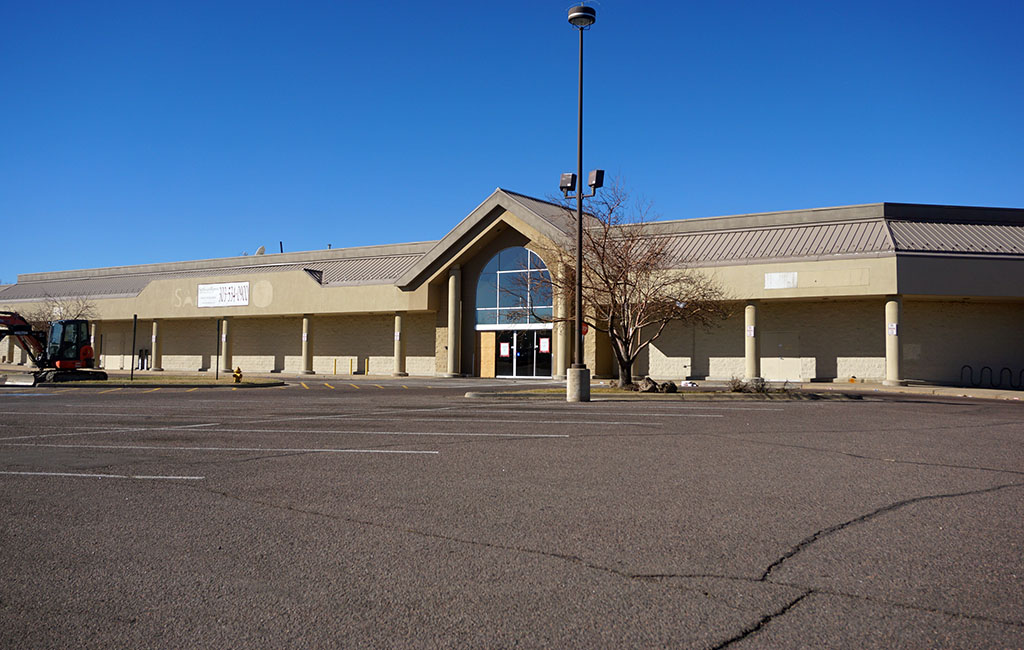 The former site of a Safeway grocery store at Sheridan Boulevard and Jewell Avenue was sold last week. (Burl Rolett)

The sale included the 60,000-square-foot Safeway building at 1955 S. Sheridan St. and 6 acres of parking lots in front of the store. An adjacent multi-tenant retail building and another freestanding building facing Sheridan Boulevard in the complex were not included in the sale.

Deeds filed with the city did not list a sale price or documentary fee. Hawkins Development did take out a $6 million construction loan from Bank of Utah, backed by the property, on the same day as the sale.

The South Sheridan location was one of nine Denver-area Safeways the grocer axed two years ago. The other shuttered stores are scattered between Thornton, Westminster, Aurora, Littleton and Centennial.