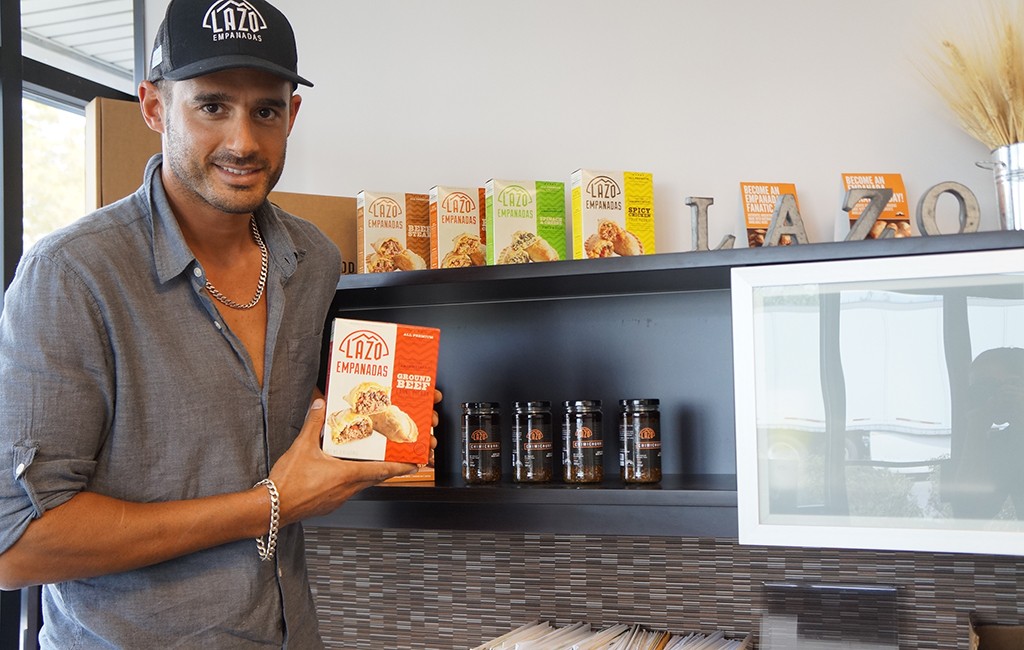 Francois Saber displays a box of empanadas in the office. (Amy DiPierro)

The family that started Buenos Aires Pizzeria in Ballpark is tossing the keys to another group of Argentine entrepreneurs, who plan to open an empanada-centric concept, Lazo Restaurant, in November.

Lazo’s new shop in the shadow of Coors Field will be the latest outlet for brothers Christian and Francois Saber and their brother-in-law Luis Gomez to serve the empanadas they started selling as a wholesale business last year.

“Our empanada is a traditional Argentine recipe, but it’s made for the U.S.,” said Francois. As for the spot at 1319 22nd St., “It’s two blocks from the stadium – it can’t be more crowded.”

But Buenos Aires Pizzeria founder Ana Carrera remembers that in the months after the shop launched in October 2003, it was hard to steer those crowds inside. “Everyone was like, ‘Empanadas…are they like enchiladas?’” she said.

Lazo Foods is part of a rising batch of restaurants selling empanadas in the Denver metro area, including local chain Maria Empanada.

Lazo has also had a hand in puffing up Colorado’s empanada business. 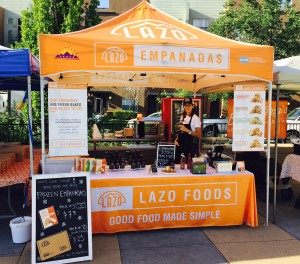 Christian has been making the handheld pies in his Boulder restaurant, Rincón Argentino, since 2012. When he noticed increasing demand, Christian asked his brother Francois and his brother-in-law Luis Gomez to help launch a wholesale empanada business.

The three men together chipped in about $1 million, Francois said, hired a food scientist to adapt Christian’s recipe and imported machinery from Argentina to make the empanadas.

Francois started by sending samples to potential accounts. Then, last year, reps for the food distributor Sysco Foods tasted the empanadas at a trade show and agreed to start shipping Lazo.

From the start, the three men planned to expand from wholesale into the frozen food aisle of retailers and from retail into restaurants. When the startup heard Buenos Aires Pizzeria would be saying Adiós, muchachos, Lazo skipped a few months ahead of its business plan to jump into the real estate.

Francois said the 800-square-foot spot downtown, to be designed by architect Jeff Katz, will serve hot empanadas, Argentine wines and beers as well as frozen empanadas to bake at home.

The goal is to build a Lazo Restaurant franchise. Francois calls the idea “Starbucks of the empanada,” affordable food to eat on the go.

Francois Saber displays a box of empanadas in the office. (Amy DiPierro)

The downtown Denver storefront that has been home to an Argentine restaurant for the past dozen years will soon tango with a new partner.