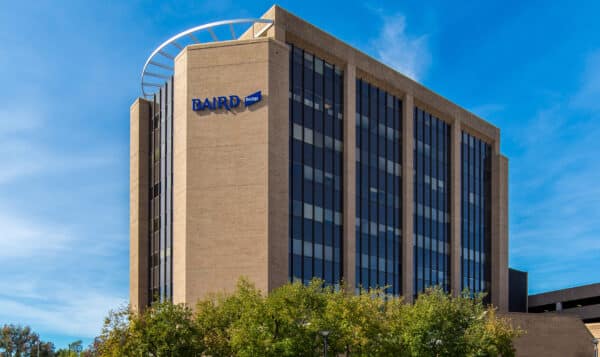 The new owner of an office building at the entrance to Cherry Creek wants to redevelop the area just north of it.

The site is part of the 210 University Blvd. parcel, which Corum and Koch Real Estate Investments purchased in September for $67.7 million.

The parcel has a nine-story office building and connected parking garage on it, which Corum plans to leave as is. But the company wants to nix the existing one-story retail buildings north of that in favor of the new structure.

The new structure would have 7,500 square feet of ground-floor retail space topped with three stories and 46,000 square feet of office space, plans show. The third and fourth floors would incorporate an outdoor deck step back from the street.

The plans, which show the address of the proposed building as 263 Josephine St., also call for two levels of underground parking with 86 spaces. 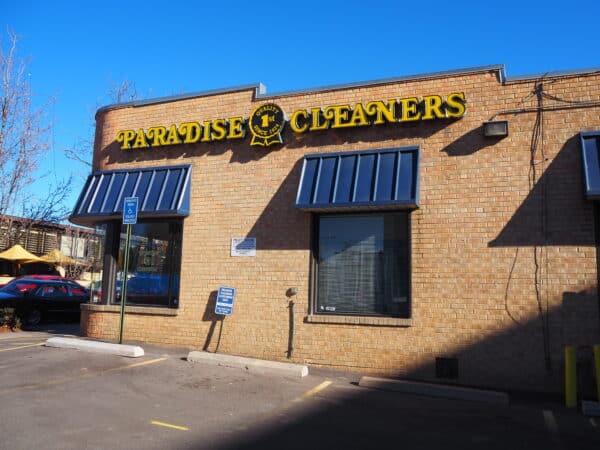 Corum’s interest in redeveloping the retail portion of the site isn’t unexpected. BusinessDen previously reported that JLL, which represented the previous owner in the sale to Corum, had marketed the property in part as a redevelopment opportunity. The brokerage’s marketing brochure said the northern portion was zoned for up to five stories and that leases for the restaurant and cleaners that occupy the buildings could be terminated with a year’s notice.

Additionally, on a broader level, development activity in Cherry Creek is booming in large part due to increased interest from office tenants. Four office buildings are currently under construction, including one across the street from where Corum wants to build. And the oil and gas firm Antero Resources recently inked a deal to move its headquarters from the Union Station area to another one that has yet to break ground.

Corum’s plans do not involve the one portion of the block the company doesn’t own — the Sunflower Bank building next to the cleaners at 278 University Blvd.

The existing retail buildings at the southwest corner of 3rd and Josephine are occupied by a Chinese restaurant and a dry cleaners.