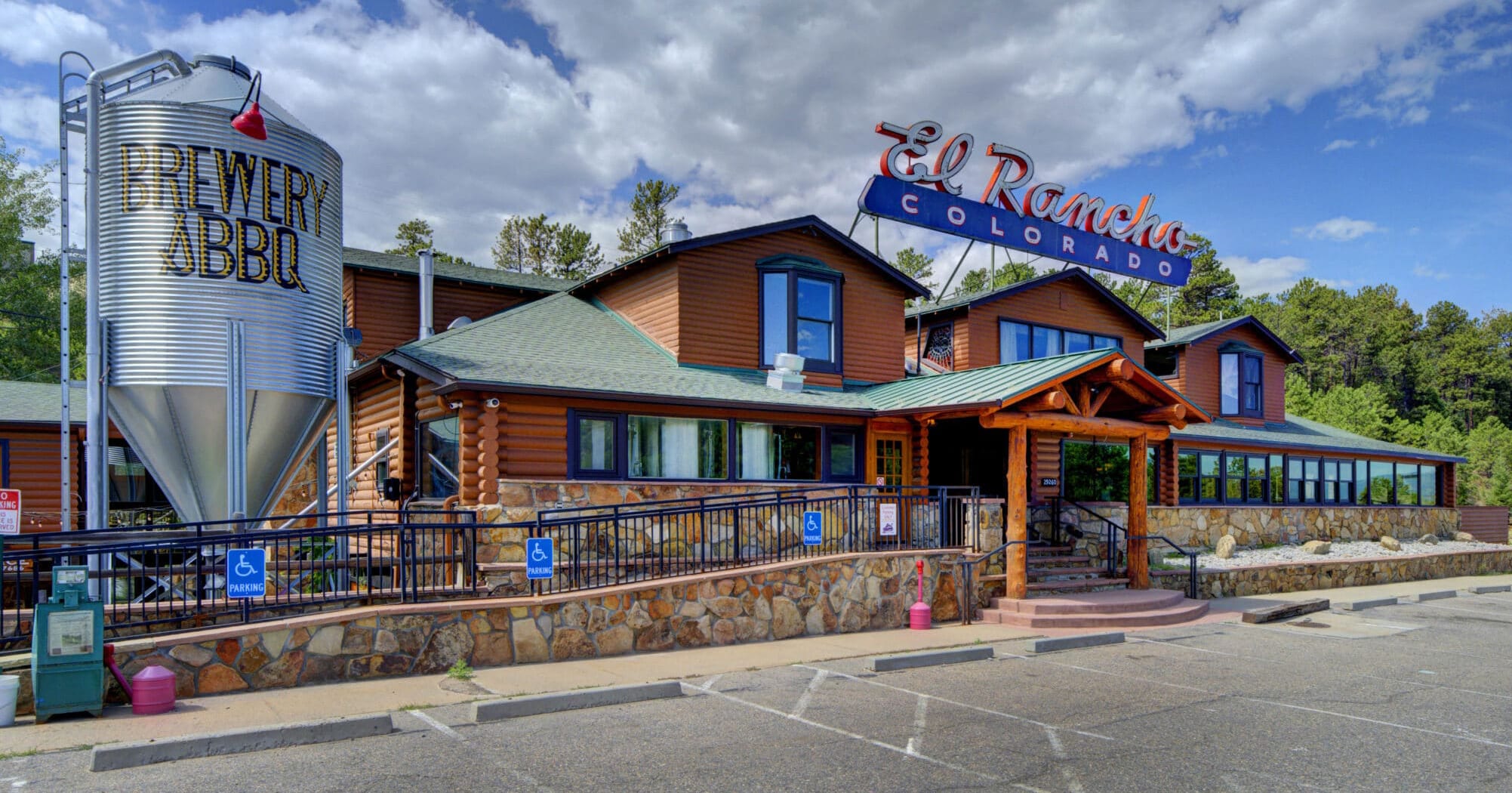 El Rancho Brewing Co., a well-known Evergreen restaurant and watering hole that has fallen on hard times as of late, filed for Chapter 11 bankruptcy Thursday.

It’s not clear what that means for the future of the 75-year-old staple just off I-70 at 29260 Highway 40. Several requests for comment from the company’s lawyer were not answered.

The first iteration of El Rancho opened in 1948 and the spot became a popular attraction in the decades after. Its current owners, the Vincent family, bought and renovated it in 2015.

More recently, debts and unpaid taxes have piled up, as BusinessDen detailed last month. Its owners have blamed a former manager and that former manager has blamed owners. A staff exodus in April caused a multi-week closure and the cancellation of events there.

In July, FirstBank, which lent the Vincents $1.5 million to buy the business in 2015, filed for foreclosure on the historic spot because the loan has not been repaid. On Aug. 12, a judge in Jefferson County authorized a foreclosure sale of El Rancho.

In an attempt to avoid that foreclosure sale, which could lead to a low purchase price, the Vincents listed El Rancho through Hilco Real Estate. Bids were due Sept. 6 but Hilco still lists the property as unsold.

Hilco broker Steve Madura said by phone Friday that attorneys involved in El Rancho will meet this week to discuss next steps. He said, “There may be a bankruptcy sale in the future.”

According to Hilco, the mountain lodge-style building is 21,900 square feet and seats 550 people. Hilco’s listing calls it a “tremendous redevelopment opportunity” and notes that its eight office suites on the second floor “can be turned into a hotel or B&B.”

The 75-year-old restaurant and watering hole has struggled financially this year, leading to closures, staffing shortages and infighting.