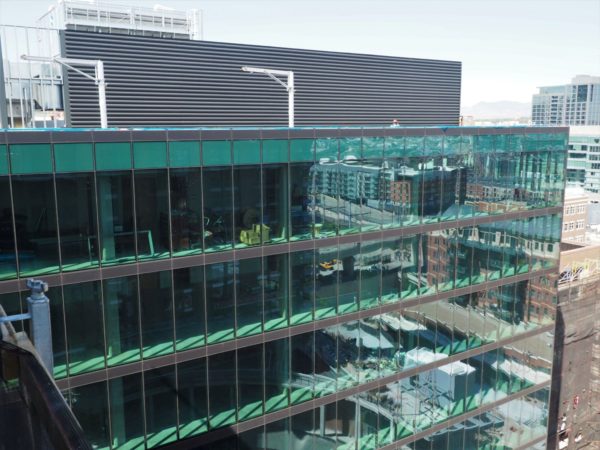 A local cybersecurity firm is the first company to sign a lease for office space at McGregor Square.

Red Canary has leased floors eight and nine, approximately 43,000 square feet, of the 11-story office building within the mixed-use project being constructed next to Coors Field.

The lease accounts for about 20 percent of the project’s office space.

Red Canary is based in Denver and currently has its headquarters at 1515 Wynkoop St., about four blocks from McGregor Square.

“We’ve accelerated our growth in 2020, and this is another strategic investment in our employees,” Red Canary co-founder and CEO Brian Beyer said in a statement. “We remain laser focused on our vision of a world where every organization can achieve its mission without fear of cyber attacks.”

The office building within McGregor Square was built on spec, as most major office projects in Denver are. It is one of two sizable new office buildings nearing completion downtown, along with the Block 162 skyscraper at 675 15th St., which is about triple the size and which has yet to announce a tenant. 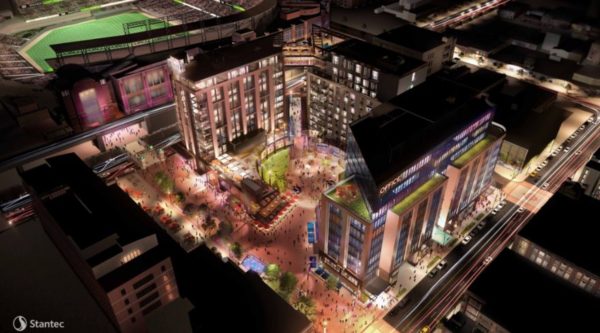 Patrick Walsh, general manager of McGregor Square, said he hopes to get a certificate of occupancy for the building around the end of this month.

The development team for McGregor Square — which is named after Keli McGregor, the late Rockies team president — is led by Dick Monfort, co-owner and CEO of the Colorado Rockies. Jordan Deifik of Bastion Inc. is marketing the property’s office space. David Shirazi of JLL represented Red Canary in lease negotiations.

In addition to the office building, McGregor Square will have a 13-story condo building, as well as the 13-story The Rally Hotel, managed by Denver-based Sage Hospitality.

The lower floors of the office and condo buildings will have a number of retail tenants, including bookstore Tattered Cover.

The architect and interior designer of McGregor Square is Stantec, and Hensel Phelps is the general contractor. Financing for the project is being provided by Bank of Colorado and UMB. Kentwood City Properties is marketing the condos.

Denver-based Red Canary is taking two floors with about 43,000 square feet in an 11-story mixed-use building next to Coors Field.