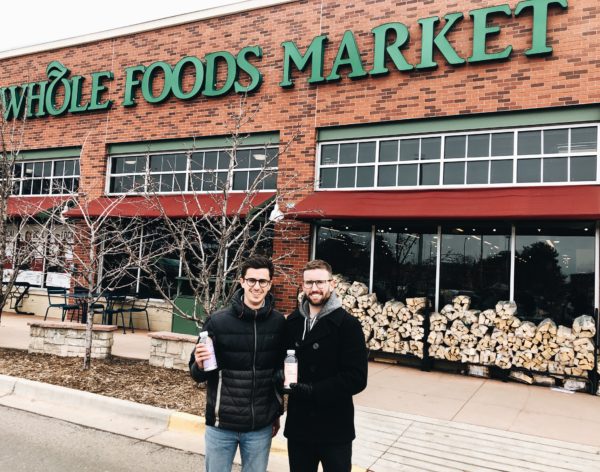 Sports drink Basis is striding its way into King Soopers.

The Denver-based company, which is already available in local Whole Foods and Safeway locations, will be carried in 90 of the grocer’s locations across the state come April.

Basis launched in October 2016, and markets itself as a healthier alternative to big-name sports drinks. The company’s drinks can be found in 32 Whole Foods in Colorado, New Mexico, Kansas and Utah, and 90 Safeways in Colorado, Utah, Kansas and New Mexico, after inking deals with those chains in 2018 and November, respectively.

Basis sold just over 100,000 bottles last year, 80 percent of which were sold in the second half of the year.

“The things we’ve seen from launching this product specifically at Whole Foods is that we’re doing like a lot better than we expected to do,” said co-founder Henry Springer, 30.

Springer quit his day job last September to focus on Basis. Co-founder Kyle Nowak, 33, did the same earlier in the year. Each drink flavor sells a case (or 12 bottles) per week at every Whole Foods store, something Springer said is beyond his wildest dreams.

“This was a side hustle in the beginning,” he said. “We’re seeing that data come through the last several months. That’s why I quit my job in September, because this business could actually be something. We could be the next Vitaminwater. Who knows?” 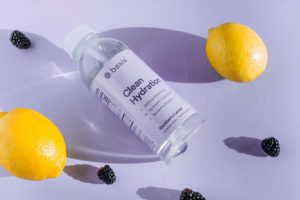 Basis comes in three flavors: blackberry lemon, grapefruit melon and cran-raspberry. Bottles, which are manufactured in Latrobe, Pennsylvania, retail for between $2.69 and $2.99.

The drinks contain the World Health Organization’s formula for oral rehydration salts, used to treat dehydration in children caused by diarrhea. They also contain a plant-based organic sugar and monk fruit, which serves as a natural sweetener to offset the saltiness.

The startup, which operates from Springer’s and Nowak’s apartments in Cherry Creek and Cheesman Park, is funded by the two co-founders, family and friends.

Nowak and Springer said they are in the middle of fundraising and have raised $100,000 of their $250,000 goal. Although Basis is not yet profitable, Springer said it’s because they are focused on growing and scaling the company.

“(The drink industry) is a very expensive business and the margins are not great, especially in the beginning, but our margins are notably better right now than most beverage companies,” Springer said. “It’s not going to be a profitable business for the next few years. There are plans in place to make it profitable.”

To ramp up for 2020, Basis recently ordered 120,000 bottles — 20 percent more than what was sold last year — to distribute at all of the company’s retail locations. Springer said the company expects to sell 250,000 bottles this year.

Basis worked with Boulder-based Green Spoon, a natural food and beverage broker, to set up meetings with King Soopers and other retailers.