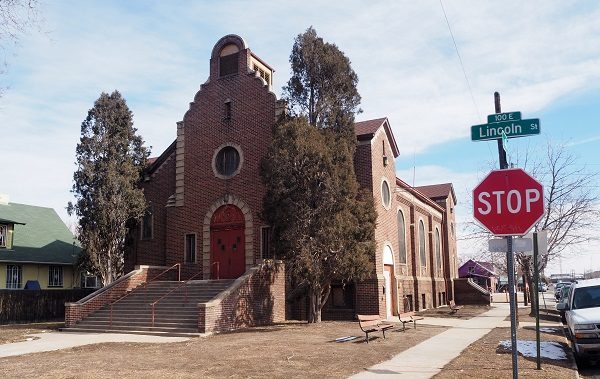 The city is trying to sell this former church at 4400 N. Lincoln St. in Denver’s Globeville neighborhood. (Photos by Thomas Gounley)

The City of Denver is hoping a former church it owns in the Globeville neighborhood looks a little more appealing on take two.

On Monday afternoon, the city will issue a request for qualifications for the building at 4400 N. Lincoln St. and the 0.14-acre parking lot across the alley at 4401 N. Sherman St.

The city said in a news release it is seeking a nonprofit entity that will purchase the site and redevelop it “as a viable neighborhood amenity for residents of Globeville and surrounding neighborhoods.”

The city has tried to sell the property before. It issued a request for proposals in 2012, with similar language about the site being turned into a “neighborhood amenity.”

A spokesman for the city’s Office of Economic Development said in an email last week that the 2012 RFP “resulted in a limited number of proposals submitted, none of which were deemed acceptable by our office to provide needed community benefit.”

“Denver’s economic landscape is now much different compared to 2012, with obviously a much stronger amount of private investment occurring throughout the city’s many neighborhoods, including Globeville,” spokesman Derek Woodbury said. “We believe that the timing is much more ripe to spur the level of community investment needed to transform this property into a neighborhood amenity.” 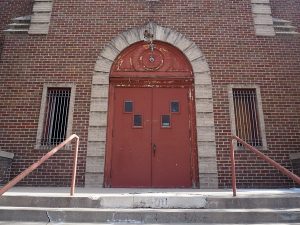 The 4400 N. Lincoln St. building was constructed in 1927 and originally used as a church. Woodbury said the building has sat vacant for a number of years.

“There are some health and safety repairs required to bring the existing building into use,” he said. “This was the case in 2012 and remains a challenge today.”

In its news release about the latest effort to sell, the city said its “preferred use” would be a “multi-purpose community-oriented facility,” but that it would consider “other reasonable proposals for a public facility.” It said preference will be given to proposals that incorporate some or all of the existing structure.

A tour of the building, followed by a facilitated discussion with the Globeville community and a pre-bid meeting, will be held at 3:30 p.m. Monday (Feb. 25) in the auditorium of Garden Place Academy at 4425 Lincoln St. The full request for qualifications is set to be posted on the city Office of Economic Development’s website at 4 p.m. Monday.

Submissions are due by April 8. 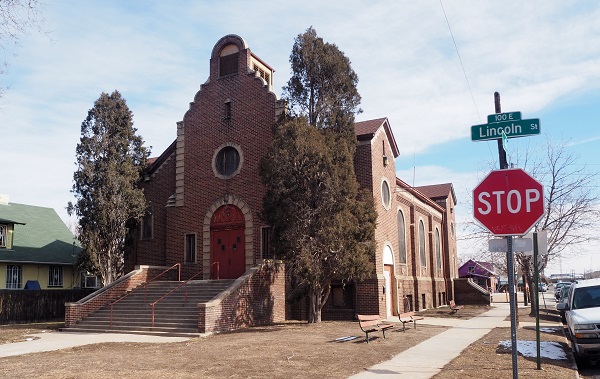 The city is trying to sell this former church at 4400 N. Lincoln St. in Denver’s Globeville neighborhood. (Photos by Thomas Gounley)

“Denver’s economic landscape is now much different compared to 2012,” when the last attempt was made, a city spokesman noted.

Does anybody know what is the asked price for it?
I am aware of a Christian institution that could be interested in it…..
Is there any financing available for the transaction?