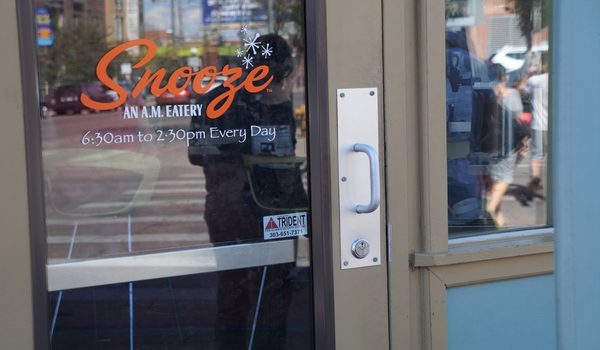 The property is near Snooze’s original restaurant at 2262 Larimer St. (Photos by Thomas Gounley)

A co-founder of Snooze wants to open a winery a few doors down from the breakfast chain’s inaugural location in Ballpark.

Vito Corleone LLC — an entity partially controlled by Snooze co-founder Jon Schlegel — submitted a site-development plan to the city this week, proposing to turn the two-story building at 2246 Larimer St. into “Attimo Winery.”

The site plan, drawn up by Shears Adkins Rockmore, indicates the business would have a 1,369-square-foot tasting room at the front of the building. Behind that would be a kitchen and 2,192-square-foot barrel room, where wine aging, blending and bottling would take place, according to submitted materials. 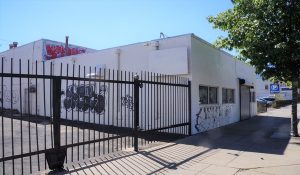 The second floor would be used as event space.

Vito Corleone LLC, an apparent reference to a character in “The Godfather” novel and movies, bought the building and adjacent parking lot in September for $2.9 million. The entity is controlled by Schlegel and Christopher C. Jacobs, according to documents associated with the sale.

Schlegel did not respond to a Thursday email. He and his brother Adam opened the inaugural Snooze, an A.M. Eatery, in April 2006 at 2262 Larimer St., where the chain still operates. Snooze has more than 30 locations in Colorado, California, Arizona and Texas, according to its website.

The site-development plan must be approved by the Landmark Preservation Commission because of its location in the Ballpark Historic District, according to city staff. 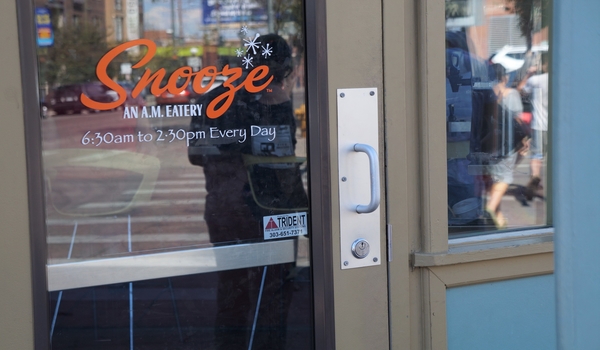 The property is near Snooze’s original restaurant at 2262 Larimer St. (Photos by Thomas Gounley)

The location is a few doors down from the breakfast chain’s inaugural location, which still operates.