On Sept. 28, the newspaper published “How Dirty Money Disappears Into the Black Hole of Cryptocurrency,” a story focusing on Denver-based ShapeShift, a digital asset exchange.

Founded in 2014 by Erik Voorhees, ShapeShift provides a way for users to exchange one kind of cryptocurrency for another, such as bitcoin for Ethereum.

To report the Sept. 28 story, the Journal said it built computer programs tracking “funds from more than 2,500 suspected investment frauds, hacks, blackmail schemes and other alleged crimes that used bitcoin and Ethereum by analyzing the currencies’ underlying software.”

The newspaper concluded that ShapeShift has processed millions of dollars worth of digital currencies belonging to suspected criminals, “more than any other exchange with U.S. offices.”

“Even spoofers who robbed ShapeShift’s own would-be customers by setting up a copycat ShapeShift website that stole their money used the real ShapeShift to launder their funds, according to publicly visible online data reviewed by the Journal,” the newspaper reported.

ShapeShift has raised more than $12 million from investors, including Colorado-based Access Venture Partners, according to the Journal. 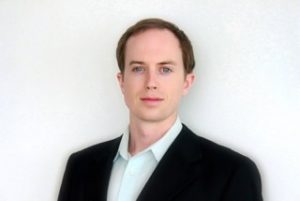 In a post published Oct. 1 on ShapeShift’s website, Voorhees responded to the Journal’s investigation, proposing that the Journal’s headline be changed to “Less than two tenths of one percent of ShapeShift’s business might be illicit.”

Voorhees said the accusation that ShapeShift enabled criminals to launder $9 million worth of cryptocurrency was false, and also said that figure represents .15 percent of the startup’s total exchanges “during the described time period.”

He said the company takes many measures to prevent fraudulent activity, including complying with law enforcement, blacklisting addresses that seem suspicious and working with other exchanges to block use by suspected thieves.

“Blockchains and cryptocurrency represent a new, fast-evolving technology and industry,” Voorhees wrote. “For those who are not real experts, it can be confusing. And the WSJ reporters appear to have gotten confused about how our platform functions.”

The startup has made one recent change to its policies: As of Oct. 1, ShapeShift requires users to create memberships and identify themselves to use the platform.