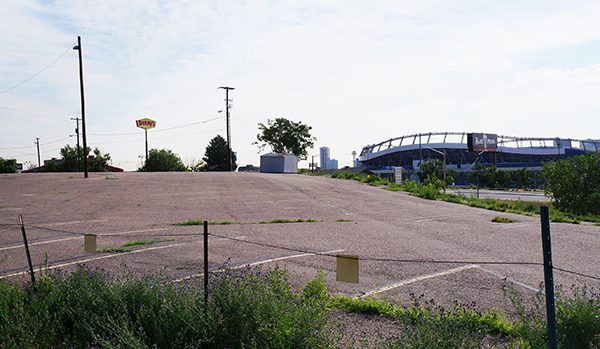 UDR wants to build a 285-unit apartment complex at 1570 Grove St. in Denver. The site is currently a parking lot. Photo by Thomas Gounley.

The triangular parking lot is currently owned by JR Holdings LLC of Englewood.

A UDR executive declined to comment on the submission of the plan, although he noted that UDR Chief Financial Officer Joseph Fisher said in a first quarter earnings call that the company was under contract to purchase a parcel of land in Denver and expected to close in the fourth quarter.

According to the plan submitted to the city, the 285 apartments would be broken down as follows: 41 studios, 186 one bedrooms and 58 two bedrooms. In total, the development would have 286,787 square feet of residential space.

The building would have seven floors and be about 89 feet tall. The property is zoned for structures up to 140 feet tall, according to the plan, which Davis Partnership Architects drew up.

The development would have 350 parking spaces.

UDR owns apartment complexes in markets in major cities across the country. In Denver, it owns two, Acoma at 816 Acoma St. and Steele Creek at 3222 E. 1st Ave., which it purchased last year for $141.5 million.

UDR’s plan is not affiliated with another proposal to repurpose parking lots near the Broncos stadium. The team has proposed creating an entertainment district south of Mile High. 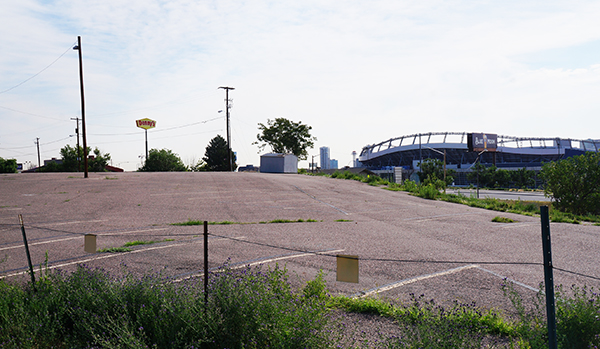 UDR wants to build a 285-unit apartment complex at 1570 Grove St. in Denver. The site is currently a parking lot. Photo by Thomas Gounley.

UDR, which has apartment complexes nationwide, says development would have 285 apartments and 350 parking spaces.

Pretty soon we will not have land left in Colorado and we will have to start kicking people out of their graves.. When going to the Pepsi Center you use to be able to see the mountains now all you see is buildings..