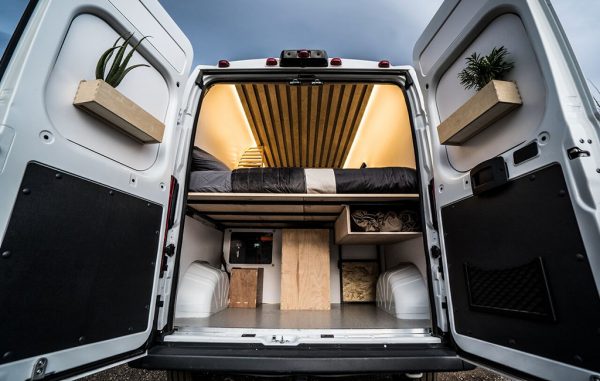 In the past year Denver-based Native Campervans, which launched in 2015 and rents a fleet of Dodge vans to tourists looking to cruise the West, has doubled its fleet to 26.

And the company now has spun off a sister business selling kits that van vagabonds can use to outfit their own rig.

“We get inquiries several times a week of customers looking to purchase our vans,” co-founder Dillon Hansen said. “We kept having customers reach out, and we just saw a need.”

But with waitlists for some van builds spanning more than a year, Hansen thought his van-rental startup could outfit adventure rigs faster.

“You bring us your vehicle and we install in two days,” Hansen said. “It’s a minimum of around 10 weeks with traditional companies.” 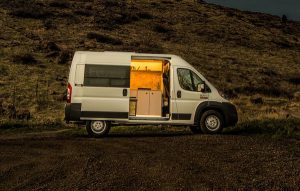 Each costs $13,500 and includes a kitchenette with a water jug, stove and cooler, a drawer, wall panels, bedding, chairs and a table. The kits are designed to fit Ram Promaster City vans.

“There is no van build like this,” Hansen said. “You’ll see the process. You’ll recognize this is not a cheap build.” In the next six months, he said, Contravans plans to make parts to ship to customers who want to install the kits themselves.

Hansen, Moran and Walsh all own an equal part of the new business.

Native Campervans is located at 3712 N. Downing St. in RiNo. Contravans completes its build-outs in northern Denver at 6321 Washington St.

Native employs six people and is expanding its van-rental business – it opened a new outpost in April in Salt Lake City.

“We felt the majority of our customers were traveling to southern Utah out of Denver,” Hansen said. “We wanted a convenience factor … it really encourages one-way trips.”

He said he wants to add more locations after Salt Lake.

“Our bookings this year are up 70 to 80 percent over last year,” Hansen said. “We don’t see things slowing down.”

Two local companies are teaming up to expand beyond rentals, now building campervans and selling parts to do-it-yourself outdoor enthusiasts.