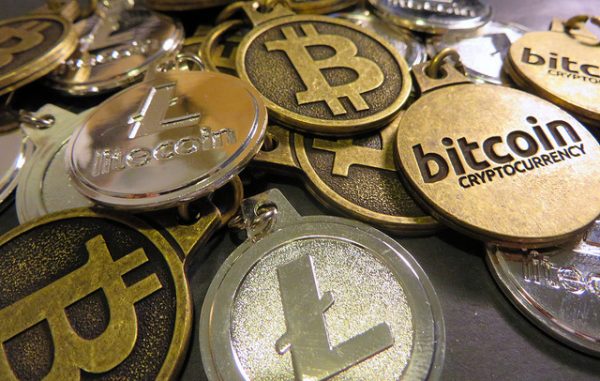 If Erik Voorhees had his druthers, he wouldn’t deal with dollars at all. He would pay rent and payroll at his online digital currency exchange with money like Bitcoin and Ethereum instead of greenbacks.

If only the logistics were a little easier at ShapeShift, which landed $10 million in venture capital earlier this year and acts like the digital equivalent of the currency exchange booth at an international airport. But instead of exchanging Euros for Rubles, ShapeShift converts digital coinage, such as Bitcoin into Ether or vice versa.

“We hold as little as we have to, but it’s obnoxious to try to pay payroll with crypto,” Voorhees said. “If those weren’t there, we wouldn’t have any dollars what so ever.”

After three years of swapping bitcoin and other digital currencies, the Denver startup’s revenue has risen from $800,000 in 2016 to $12 million projected for 2017.

To keep up with demand, Voorhees said the company has tripled its square footage in Denver and has jumped from 13 employees in December to 38 now. He said he wants 50 employees.

Since blockchain currencies exist on different software technologies, ShapeShift needs engineers to build system to operate with all those technologies, Voorhees said.

Part of ShapeShift’s growth parallels the growth in digital asset value. For example, an Ethereum token – one of the newer players on the digital asset market – cost $10 back in December, but now is valued around $300.

Voorhees started ShapeShift in 2014 after becoming interested in cryptocurrency as an alternative currency form.

“Basically, as I watched the financial crisis unfold, I started to become very skeptical that governments should be involved in money,” Voorhees said. “I figured that there needs to be a fast and safe exchange to convert a digital asset into any other digital asset.” 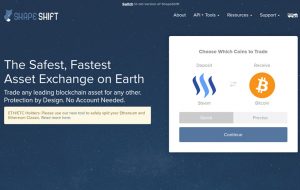 ShapeShift allows users to exchange cryptocurrency like bitcoin and Ether.

Voorhees, 33, grew up in Keystone and attended Vail Mountain School before going to the University of Puget Sound. He has since lived in Dubai and Panama. He has worked at BitInstant, which allowed users to buy bitcoin with cash, as well as the bitcoin wallet Coinapult.

Voorhees sold a bitcoin casino he started called Satoshi Dice in 2012 for about $11 million in 2013, he said.

In 2014, he launched ShapeShift to transfer only two digital assets: bitcoin and Litecoin. But as more digital currencies joined the fray and more people are trading using blockchain, the company expanded into trading more currencies.

In June, ShapeShift processed about $312 million in customer orders, compared to $3 million in December 2015. More than half of its business comes from bitcoin and Ethereum, but the startup can trade 50 different digital assets.

ShapeShift earns money by finding a slightly better exchange rate than it gives to customers. For example, if ShapeShift trades one bitcoin for 100 Litecoin, Voorhees and his team will trade that bitcoin for 101 Litecoin.

“Generally we make about 0.5 percent from every transaction,” Voorhees said.

In March, ShapeShift received $10.4 million in a Series A raise. He doesn’t covert the businesses profits from digital currency into dollars for operating expenses, instead relying on venture capital for those costs and keeping the digital profits in the digital bank.

Westminster-based Access Venture Partners invested more than $1 million as part of the raise – its first foray into digital currency.

Access Venture Partners managing director David Gold likened ShapeShift’s innovation with online currencies to the emergence of the internet in the early 1990s.

“There was a minority of people who knew what the World Wide Web was, but those who knew thought it could change a lot of things,” he said.

Voorhees said there is one huge advantage that appeals to him with digital currency:

“There is a limited supply,” he said. “The dollar is printed and debased every year. Mathematically, dollars lose value over the long term.”

N.Y. Times: Move over, bitcoin. Ether is the digital currency of the moment.

After three years of swapping bitcoin and other digital currencies, the Denver startup's revenue has risen from $800,000 in 2016 to $12 million projected for 2017.